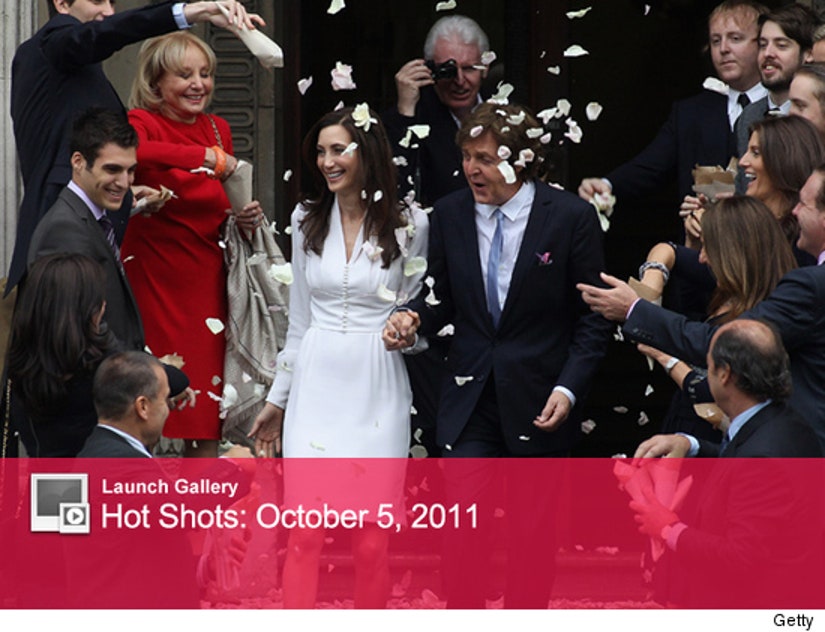 After weeks of speculation, Sir Paul McCartney wed girlfriend Nancy Shevell on Sunday, five months after getting engaged. It is his third marriage.

The former Beatle, 69, met the daughter of a New Jersey trucking magnate, 51, in the Hamptons back in 2007. They wed at Marylebone Town Hall in central London -- the same place McCartney married his first wife, Linda, in 1969. Linda died of breast cancer in 1998.

McCartney's second marriage to model Heather Mills ended in a very bitter and public divorce in 2008 -- after only 4 years.