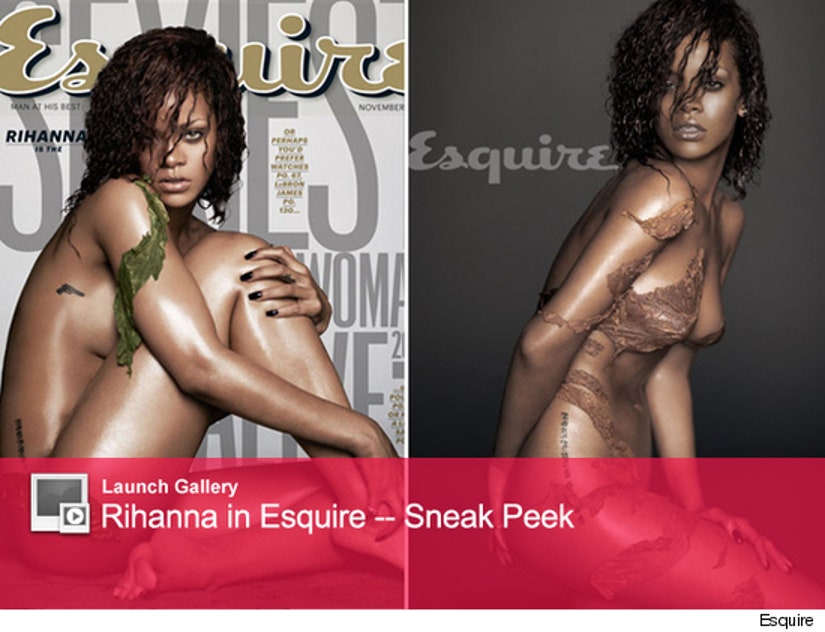 Rihanna is following in the sexy footsteps of Minka Kelly, Kate Beckinsale, Scarlett Johansson and Halle Berry -- and has been voted Sexiest Woman Alive.

The singer went all out for her photoshoot with the magazine, wearing nothing more than what looks like well-placed tissue paper.

While the photos are hot, it's what she tells the magazine about ex-boyfriend Chris Brown -- who plead guilty to physically assaulting her -- that's really surprising.

Rihanna tells the magazine that she had "too much anger" towards him and it "was taking up too much of my time."

"I'm really excited to see the breakthrough he's had in his career," she now says. "It's incredible to see how he pulled out the way he did. Even when the world seemed like it was against him, you know?"

She even goes so far as to say "I really like the music he's putting out. I'm a fan of his stuff. I've always been a fan."

See more from Rihanna when the November issue of Esquire lands on newsstands October 16.

Check out more steamy photos from the shoot now at Esquire's website.