It was a grand ole time for Aussies at Buckingham Palace Thursday evening!

Hugh Jackman and supermodel Elle Macpherson were just two of the Australian A-listers who were treated to a royal reception hosted by Queen Elizabeth II and her husband, Prince Philip. The fancy soiree came days ahead of the royal couple's journey down under next Wednesday.

Macpherson looked gorgeous in a blush-colored Donna Karan dress, while Jackman was dapper as ever in a sleek black suit. Judging by the wide smile on the Queen's face when she met Hugh, she thinks so too. Then again, wouldn't you be smiling if you were face-to-face with the "Real Steel" star?

Hugh and Elle aren't the only lucky Hollywood stars who have gotten to meet Her Majesty. Celebs from Charlie Chaplin to Lady Gaga have all been on the receiving end of the Royal handshake, and we have the photos to prove it!

Click "Launch Gallery" below to see the fun pics of when the Queen met Hugh, Elle, Gaga, Madonna and many more: 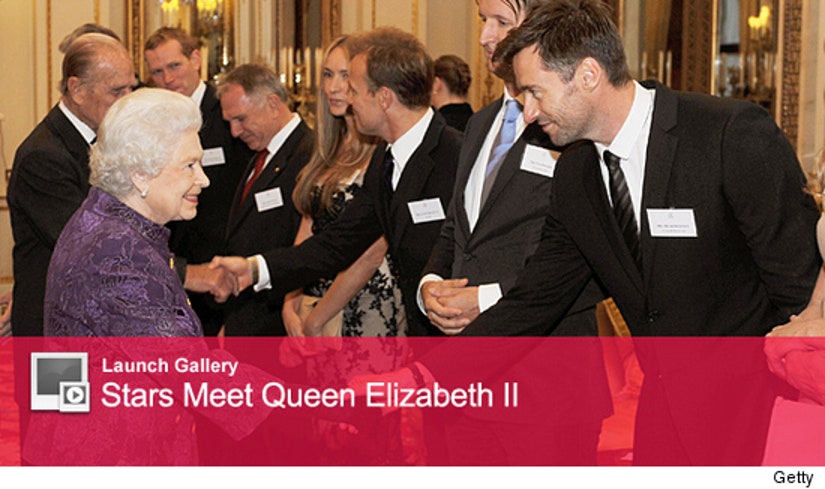 So now comes the tough question -- who would you rather shake hands with: the Queen or Hugh Jackman? TooFab wants to know!