Can a film have too many stars?

The poster for "New Year's Eve" just came out, and it has no less than 18 (!) actors on it, including Halle Berry, Ashton Kutcher, and Sarah Jessica Parker. There are even more stars in the film, like Sienna Miller, Alyssa Milano and Ryan Seacrest, but they don't have top billing. Check out the poster below (side note, could they choose a more unflattering photo of the lovely Sofia Vergara?): 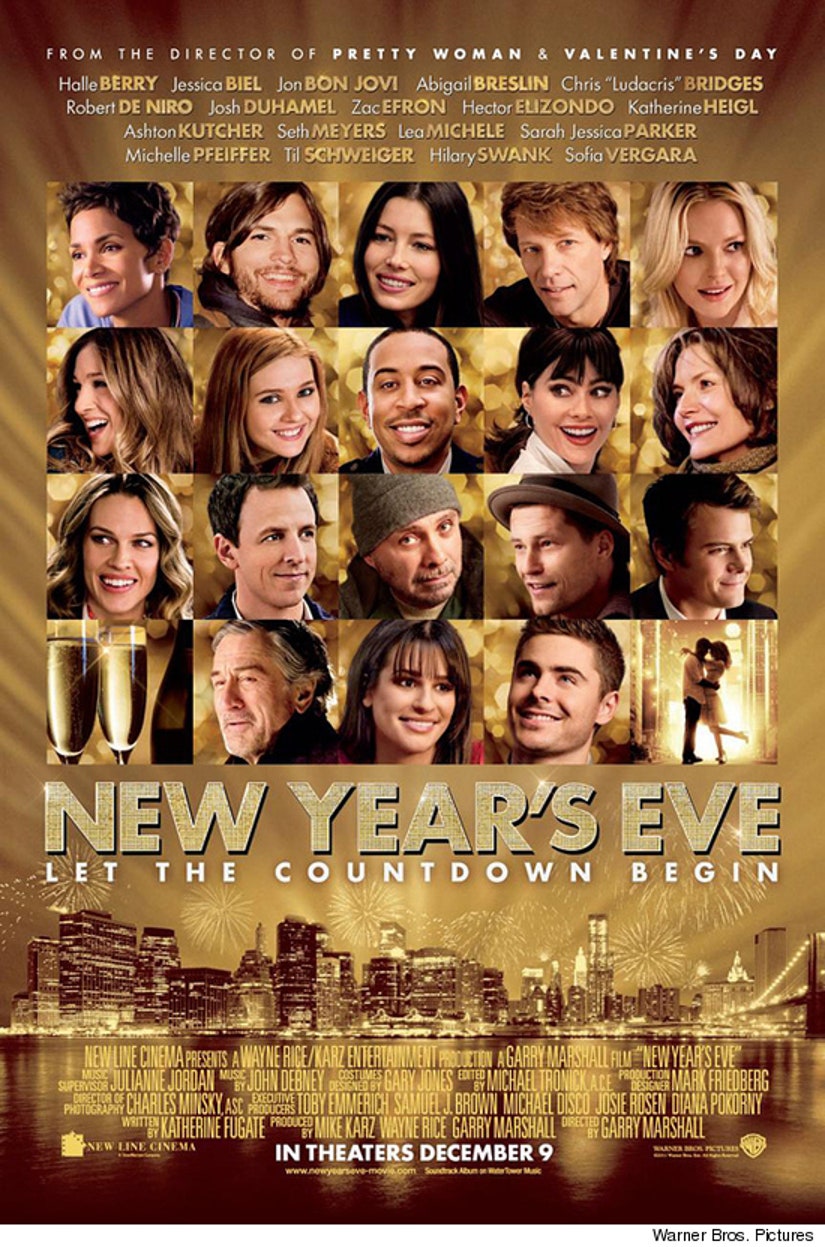 Like "Valentine's Day," which Gary Marshall also directed, "New Year's Eve" consists of a series of romantic vignettes. "Valentine's" was panned for having too many big stars in too many scenes that didn't add up to anything. Even with some Oscar-caliber talent (Berry, Hilary Swank, Robert De Niro), will "New Year's Eve" suffer the same fate?

TooFab did a little digging, and here are some of the film's pairings. A few may surprise you (minor spoilers below):

Berry and Milano play nurses, likely at the hospital Meyers and Biel's baby is delivered in. De Niro plays a dying man presumably at the same hospital.

Zac Efron and Michelle Pfeiffer make an unlikely duo. He plays a bike messenger and she is a frustrated secretary.

Katherine Heigl plays a caterer who serves at a party where her ex, Jon Bon Jovi, is attending. Berry was supposed to portray the caterer, but had to take a lesser role due to her custody battle with Gabriel Aubrey.

"New Year's Eve" comes out in theaters December 9, 2011. Are you excited to see it? Tell TooFab in the comments below!