His tragic death not only rattled the racing community, but Hollywood as well. 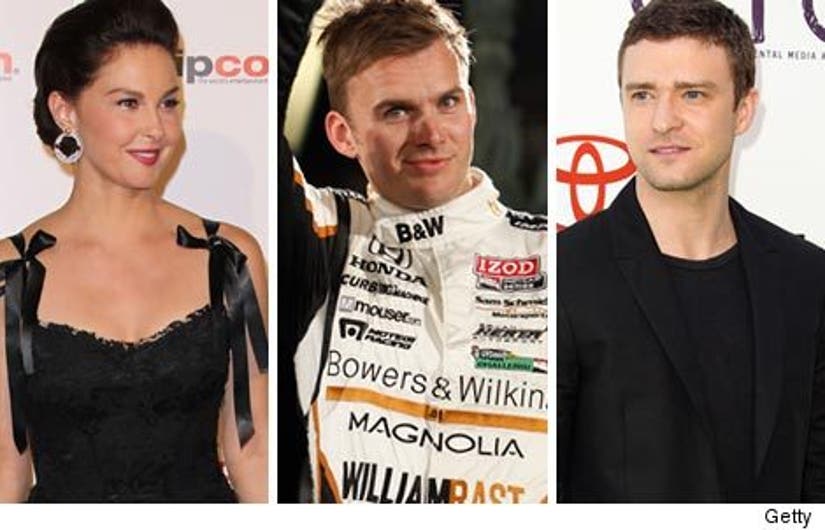 Wheldon was sponsored by William Rast, Justin Timberlake's clothing line. In a statement released to E!, the pop-star/businessman wrote: "I was deeply saddened to hear the news on Dan Wheldon's unfortunate and untimely death. He was a great driver and a strong supporter of William Rast Racing. My thoughts and prayers are with his family in their time of loss."

Ashley Judd, who's husband Dario Franchetti was in the same race, shared her sentiments over Twitter. "Devastated," she Tweeted. "As we continue to absorb Dan's accident -- we forget, remember, experience shock, denial anger [and] pain."

Danica Patrick was also in the race, and echoed Ashley's condolences. "There are no words for today. Myself and so many others are devastated. I pray for suzi [sic] and the kids that god will give them strength."

Pink's husband Carey Hart, who races motorcross, was in shock. "Horrific day yesterday with the passing of Dan Wheldon and Rick Huseman. Cant even process it. My heart goes out to their families." Huseman was a racer who died in a plane crash the same day.

"My heart hurts deeply for Dan Wheldon and his family.An amazing individual who inspired me the moment we met.RIP Dan. Your legacy lives on..," Hope Solo posted.