Lauren Conrad grabbed dinner at Beso in L.A. last night with her "Dancing With the Stars" buddies, Derek Hough and Mark Ballas. After the meal, the trio moved on to end the night at the nightclub Tru. Lauren Conrad is dating Derek Hough, according to rumors, and they apparently went to great lengths not to be photographed together. Derek joined up with LC after his latest stint on TV. He and partner Ricki Lake did a tough routine, and he tweeted later, "Cheers to all the support tonight . . . Glad 80s week is over — not my cup of tea! Was a tough mash up of 80s and foxtrot this week — all good. Congrats to everyone tonight and hopefully we'll be back next week." Despite the time commitment to Dancing, Derek also spent a recent night out with Lauren at Trousdale. Lauren and Derek were seen kissing, adding even more fuel to the rumors about their relationship.

Click "Launch Gallery" below to see Conrad and Hough getting close! 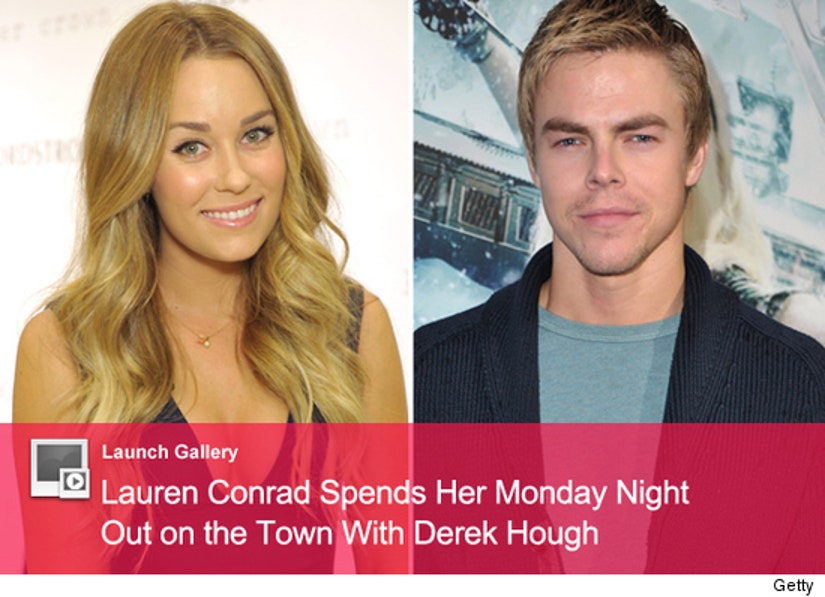