On this season of “The Real Housewives of Beverly Hills,” viewers were introduced to the newest cast member, Dana Wilkey.

From the beginning, Wilkey wanted everyone to know she had money. She name dropped designers left and right, boasting, "Oh, this is Valentino!” and “I can barely walk in these Fendi's!”

However, Wilkey put the cherry on top with her infamous line, “Did you know $25,000” when referring to her python metal sunglasses. When a person drops so much money on sunglasses and clothes, she must have a serious bank account. But what did Wilkey do to afford such a lavish lifestyle? 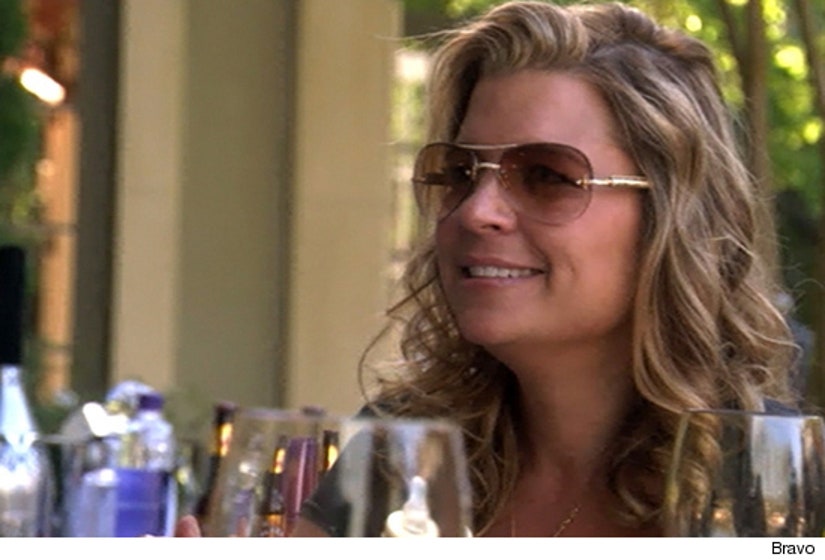 Here are 10 facts about “The Real Housewives of Beverly Hills” star Dana Wilkey that you probably don't know:

1. Dana is the founder of the Adwil Agency, a marketing firm that specializes in product placements in television and film. Coincidentally the agency's tagline is “We find the drama in you.”

2. Wilkey has since gone into high-end event planning. On season one of “The Real Housewives of Beverly Hills”, Wilkey planned Taylor Armstrong's infamous $60k tea party for her 4 year-old daughter, Kennedy.

3. It's reported that Wilkey's net worth is around $12 million.

4. Wilkey suffered a tragedy as a child when a car accident placed her mom in a coma and eventually led to her passing.

5. Collecting Barbies is a hobby of Dana's, as she has been doing it for over 20 years.

6. Wilkey graduated with honors from University of Southern California.

7. Wilkey was previously married in her early 30's when the two decided to elope.

9. She is the proud mother to a 22-month old son and will soon gain two adult stepchildren, when she marries her fiancé in 2012.

10. Wilkey likes to study the brain as she admitted in an interview with People. “I know that's really weird, but I read books about the brain. So when my friends call me and they're like, 'I'm really in love with this guy,' I'm like, 'No you're not. Your hypothalamus is overreacting.”