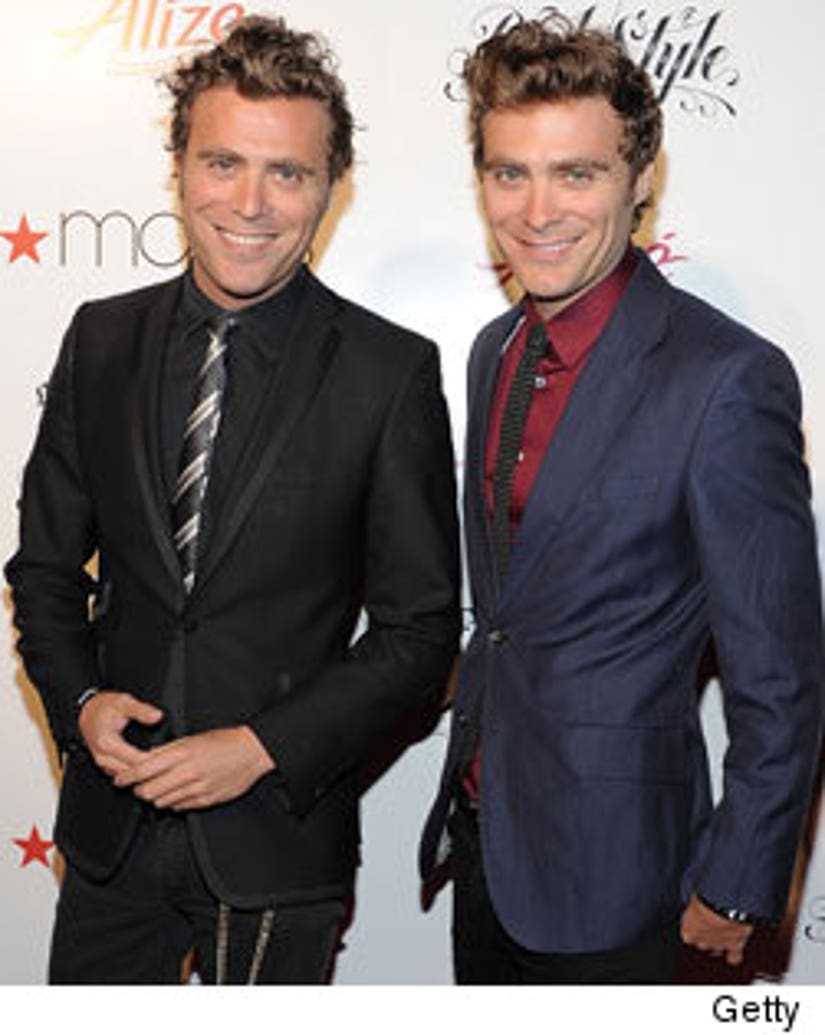 When celebrities need to pump up a party, they call upon the services of the EC Twins.

Brothers Marc and Allister Blackham can be found on the club circuit when not at private events. This weekend, they will deejay two huge events: the annual Halloween party at the Playboy Mansion followed by another event at the Hollywood Forever Cemetery.

toofab caught up with the Blackhams to talk about the Hollywood party scene:

toofab: Who has been your favorite celebrity client?

EC Twins: It depends where we are but in America, Reggie Bush was quite pivotal in getting our career to the next level and introducing us to all the sports stars. Paris Hilton has been great to us and the LMFAO guys have showed us a lot of support. In Britain we played for the royals and that was fun.

toofab: That's awesome! Did you get to meet Pippa?

EC Twins: We were just so nervous about the show, I don't remember who we met. We remember meeting the princes but that was it. We don't think the queen was there; she took the night off [laughs] … she was probably working!

toofab: You guys spun at Paris Hilton's 30th birthday at Lavo. Did she have any special requests?

EC Twins: We remixed one of her tracks called “Turn It Up.” We made that a surprise for her birthday because that is the song she requests the most often. We wanted to surprise her and turn her old track into house music -- it sounded quite good actually.

toofab: What is the wildest celebrity party you have attended or deejayed at?

EC Twins: Paris Hilton, she knows how to have a good time. Paris is a really positive person to play for, it makes our job a lot easier when we play to a crowd that is there to have fun. Sometimes you going to play for a crowd that's flat and boring and are more interested in networking.

For more on the EC Twins and their music, be sure to check out their official website here.