Kim Kardashian dressed up in a curve-hugging Poison Ivy costume that definitely drew attention -- no pheremones needed! The reality starlet donned a bright red wig and leaf-adorned mini for a party in New York City.

So where was her hubby Kris Humphries? According to Kim, "Minnesota." She also told US "Being in New York for a couple of months, I went to L.A. to unpack, and he had to go and bring all his stuff to unpack in Minnesota."

In other Halloween costume news, Heidi Klum lived up to her nickname "The Body" with an over-the-top outfit -- a human body without any skin. She arrive to her annual Halloween party on a gurney and totally outdid everyone else. Click on the "Launch Gallery" button below to see more of Kim, Heidi and other sexy costumed celebs! 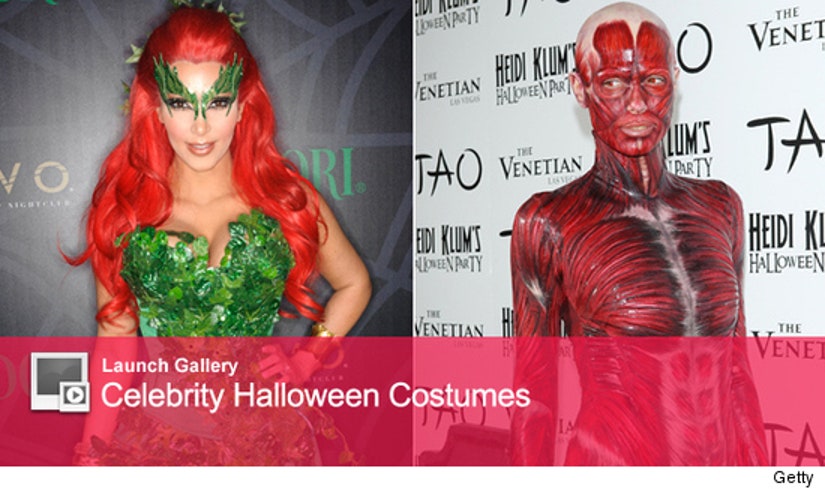 Whose costume is your favorite? Tell toofab in the comments below!