Blake Lively wore Dolce & Gabanna last night for a bash in honor of her good friend Christian Louboutin at Barneys in NYC. Mary-Kate and Ashley Olsen, along with Blake, models Elettra Wiedmann, Iman, and more hosted the event for the legendary shoe designer in honor of the launch of his book Christian Louboutin and the 20th anniversary of his brand. Blake, who's well known for once buying 40 pairs of Christian shoes during a sample sale, clearly is on great terms with the man, since he literally whisked her off her feet after the event. The main guy in Blake's personal life these days is really Ryan Reynolds, who's been in Boston shooting R.I.P.D. with Jeff Bridges. Between his big screen filming schedule and her work in the Big Apple on Gossip Girl, they've been making it work with plenty of Amtrak rides between the two northeast cities.

Click "Launch Gallery" below to see the star studded night! 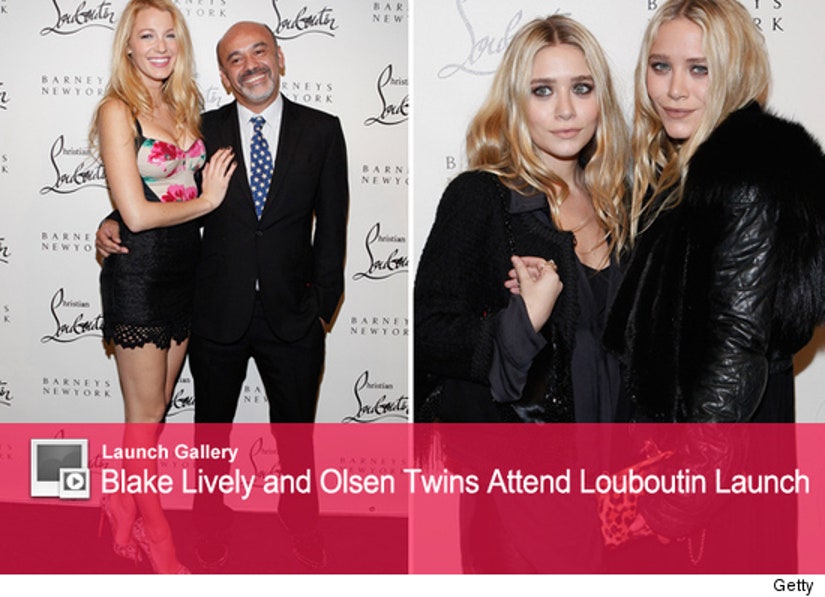