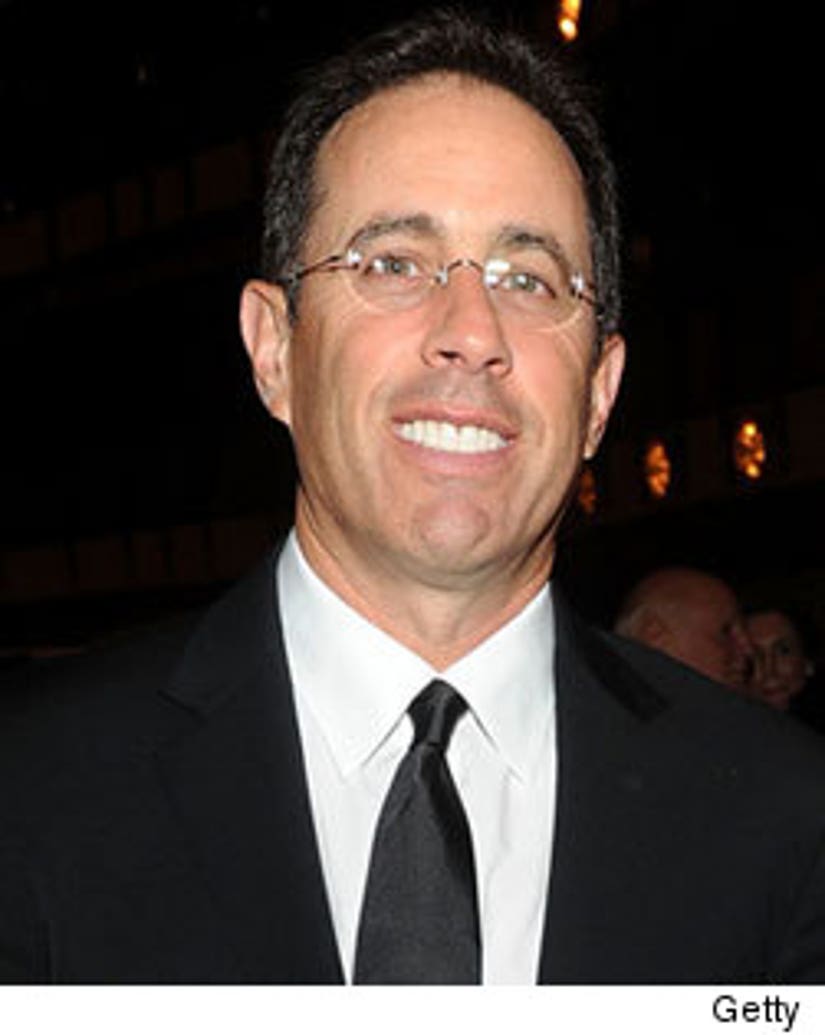 Jerry Seinfeld is returning to television!

The comedian will guest host with Kelly Ripa on "Live!" from November 21 to 23 -- just three short days after Regis Philbin says goodbye to the talk show after 28 years as its host.

Jerry will be the first guest host to fill Regis' seat on the show -- but he won't be the last. The show has yet to announce a permanent replacement for Philbin.

It sounds like Jerry and Kelly will have a fun few days ahead of them! Scheduled guests include Jason Segal, Kim Cattrall, Howie Mandel, Jamie Oliver and the fabulous Miss Piggy.