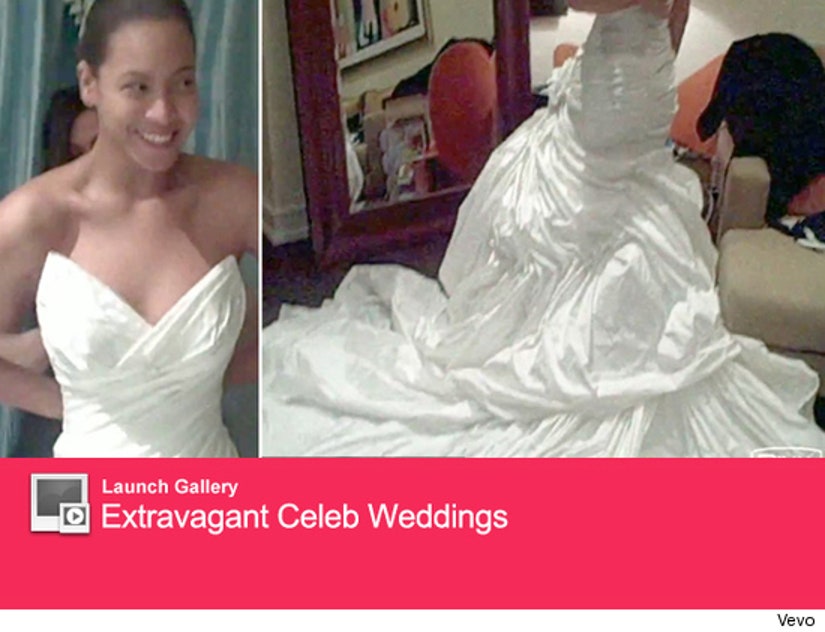 Beyonce got married to Jay-Z back in April 2008 -- and now, more than three years later, we're finally seeing the dress!

The now-pregnant singer revealed her white wedding gown in the just-released music video for "I Was Here," which offers fans an behind-the-scenes look at Bey's life, going all the way back to her childhood.

As Knowles sings "I did, I've done, everything that I wanted and it was more than I thought it would be," the video flashes to her meeting President Barack Obama, winning Grammys, getting cozy with Jay-Z and, finally, the smiling bride in her dress.

The strapless gown with a huge train is pretty much what we'd expect from the superstar -- who loves to make a statement.

Check out the full video below: