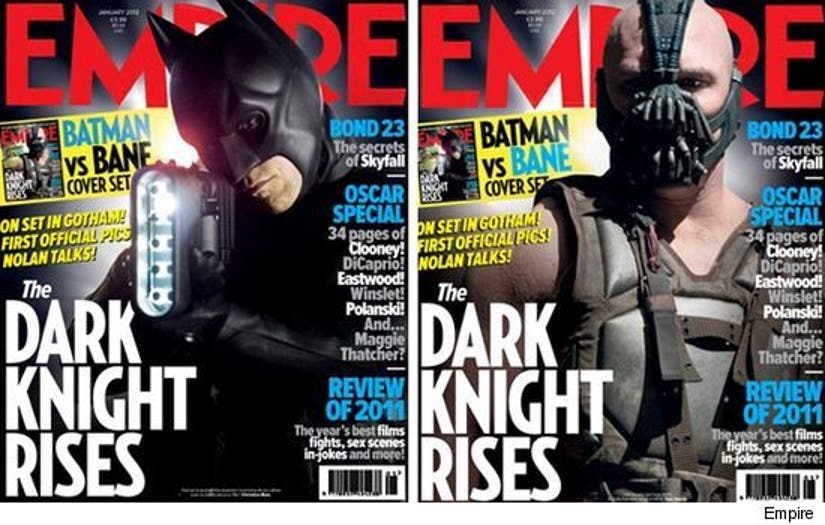 Brace yourself, Batman fans -- new info on "The Dark Knight Rises" will hit newsstands this week!

"It's really all about finishing Batman and Bruce Wayne's story," Nolan explains. "We left him in a very precarious place. Perhaps surprisingly for some people, our story picks up quite a bit later, eight years after The Dark Knight. So he's an older Bruce Wayne; he's not in a great state."

In addition to Nolan's interview, Tom Hardy -- who plays main villain Bane -- talks a bit about his character.

"He's brutal. Brutal," Hardy said. "He's a big dude who's incredibly clinical, in the fact that he has a result-based and oriented fighting style. It's not about fighting. It's about carnage."