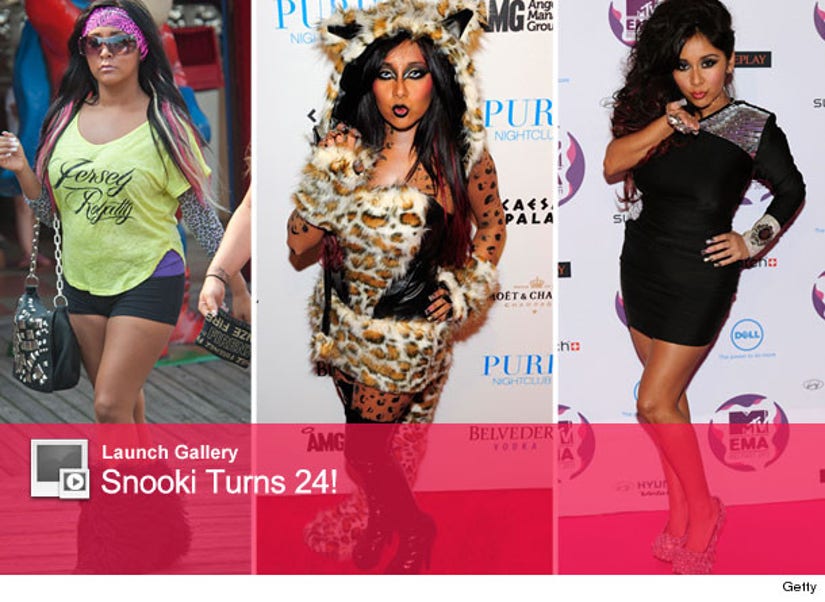 MTV's favorite party girl Nicole 'Snooki' Polizzi turns 24 today -- and this guidette has come a long way since her first days as a fist-pumping nobody on the “Jersey Shore.”

The New York native has taken her reality-stardom above and beyond the TV show in a crazy short time, dropping pounds along the way.

She's recently been named New York Times best selling author for her book "Confessions of a Guidette," launched a line of Snooki inspired slippers at KHOL'S, frequently gets paid to party in Vegas, landed her own “Jersey Shore” spin off with fellow cast member Jwoww, and even scored a gig working on the Pistachio's Get Crackin' campaign.

This tiny star is laughing all the way to the bank, all while decked out in fur boots, Ed Hardy, and leopard ... of course.

In celebration of Snooki's birthday, TooFab has pulled 24 of her craziest looks; click “Launch Gallery” above to see all of her wild styles!