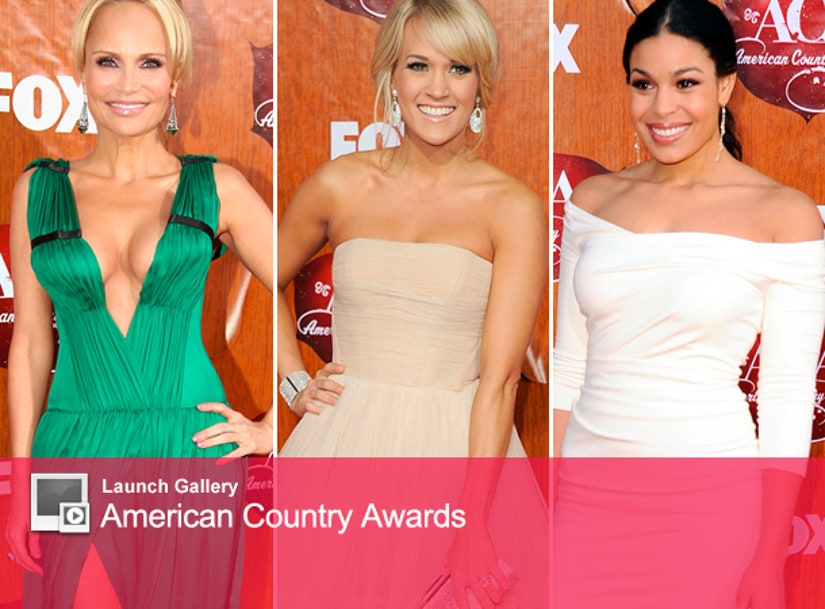 The American Country Awards are going down tonight in Las Vegas -- where all eyes were all over host Kristin Chenoweth and her very revealing dress!

Dressed in all green, the Broadway star-turned-country singer left little to the imagination at the MGM Grand Monday night -- showing off some crazy cleavage and a whole lotta leg.

She wasn't the only one busting out either, as Miranda Lambert also brought the twins out to celebrate.

Keeping it classy as always was Carrie Underwood, who wore some killer heels, and Jordin Sparks -- who looked amazing in a white dress.

As for the show itself, Chenoweth busted out again by slapping on a fake butt during the telecast. 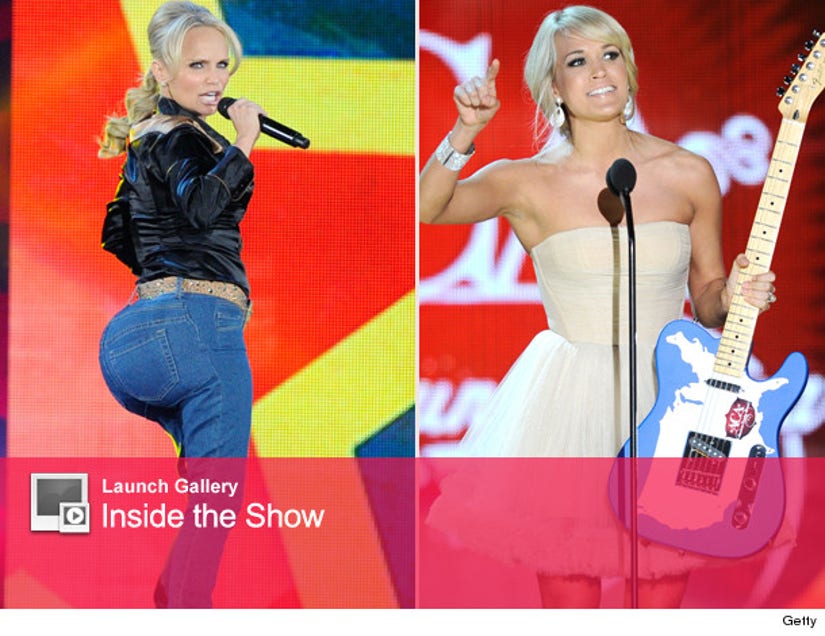 Check out some show highlights in the gallery above. Winners list below: