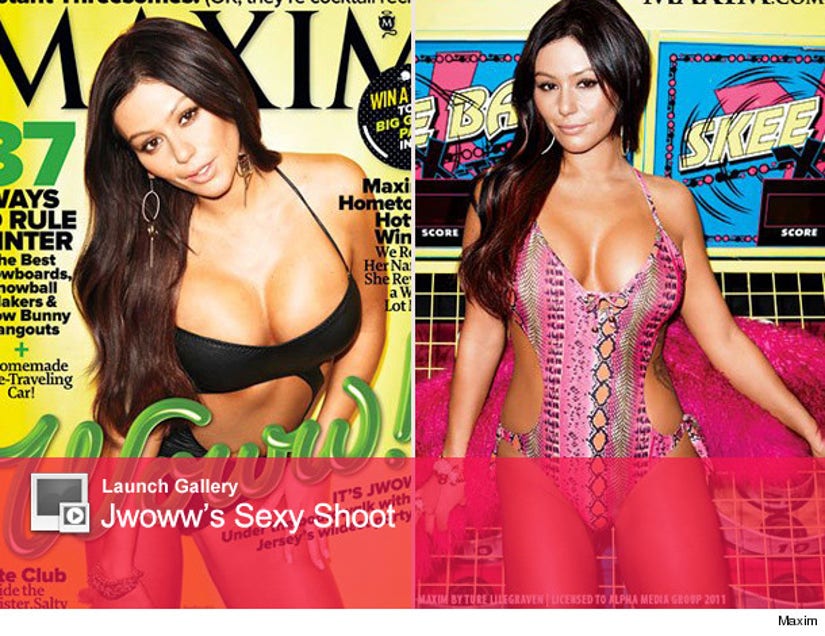 "Jersey Shore" star Jenni "Jwoww" Farley shows off her body in the new issue of Maxim -- but it's her face that has fans divided.

The 25-year-old posted some photos from her spread in the January 2012 issue on her Facebook page this morning, and fans almost instantly started attacking -- with some criticizing her for her "plastic" appearance.

One commenter writes "Fame got to her head. Be original Jwow.. How more plastic can you get??" with another adding "STOP having messing up your face!!!! You looked so good before it all !!!!!"

It wasn't all bad though, with other fans standing up for the busty star, writing "I love her attitude & she looks good no matter what she does" and "She's hot in every picture, wether [sic] or not she's done something to her face it don't matter, all u girls that have something negative to say bout her are straight up jealous."

What do you think of the pics? Sound off below!