After months of speculation, she announced that she and husband Ashton Kutcher were divorcing.

Demi's physical appearance was under constant scrutiny as well. For years, the 49-year-old actress' toned body was the envy of many women, but visible weight loss raised concerns about her health.

Demi is speaking out ... and showing off ... in February's issue of Harper's Bazaar. In the magazine, on newsstands January 17, Demi addresses the topic on everyone's mind, including her own: her body. 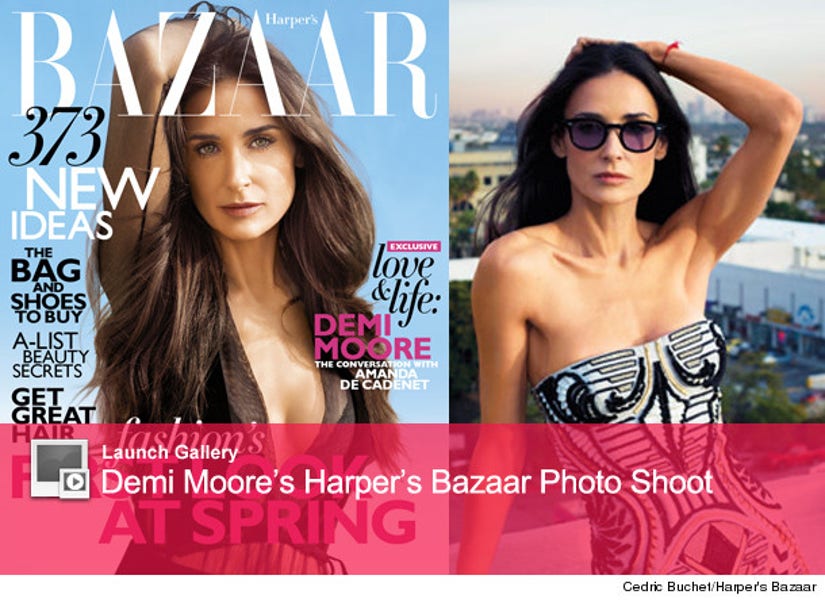 The actress admits have conflicting feelings about her famous figure. "I have had a love-hate relationship with my body," she tells Harper's. "When I'm at the greatest odds with my body, it's usually because I feel my body's betraying me, whether that's been in the past, struggling with my weight and feeling that I couldn't eat what I wanted to eat, or that I couldn't get my body to do what I wanted it to do."

Demi also admits that she's gotten thinner, but it's part of the changes a body goes through. "I sit today in a place of greater acceptance of my body, and that includes not just my weight but all of the things that come with your changing body as you age to now experiencing my body as extremely thin -- thin in a way that I never imagined somebody would be saying to me, 'You're too thin, and you don't look good.'

In fact, she looks at her body with appreciation. "It's allowed me to give birth to three beautiful children, allowed me to explore different roles as an actor, allowed me to be strong. You can't look at yourself in the mirror and tear your body apart. You have to look at it and go, 'Thank you. Thank you for standing by me, for being there for me no matter what I have put you through.'"

She backs it up with sexy photos, wearing a white Balmain corset dress and baring nearly all in a black Gucci bikini which you can see above by clicking the "Launch Gallery" button. You can also get more of her interview here.

Despite Demi's words, do you think the body image she is projecting is a good one? Tell toofab in the comments below!