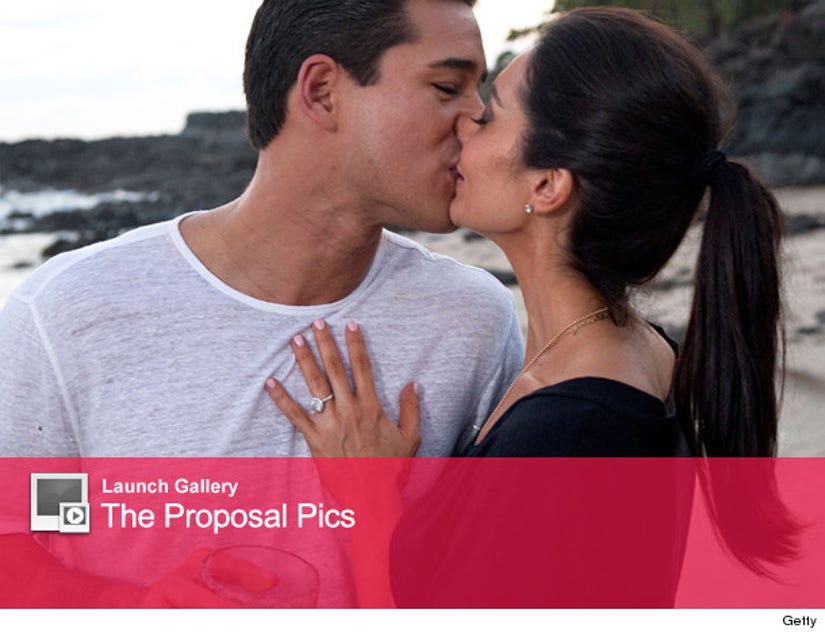 “Extra” host Mario Lopez has finally popped the question to Courtney Mazza, his longtime girlfriend and mother of his daughter Gia.

The 38-year-old TV personality asked 30-year-old Courtney to marry him while the pair was vacationing in Ixtapa Zihuatanejo, Mexico, over New Year's weekend.

The couple was surrounded by family and friends, and Mario did what any good TV host would do – he brought cameras along to capture the whole affair!

"I've come to the realization that I'm never going to meet another woman as special and amazing as the one I have, “ he said before the big moment.

Check out photos from the proposal above -- and her new engagement ring!