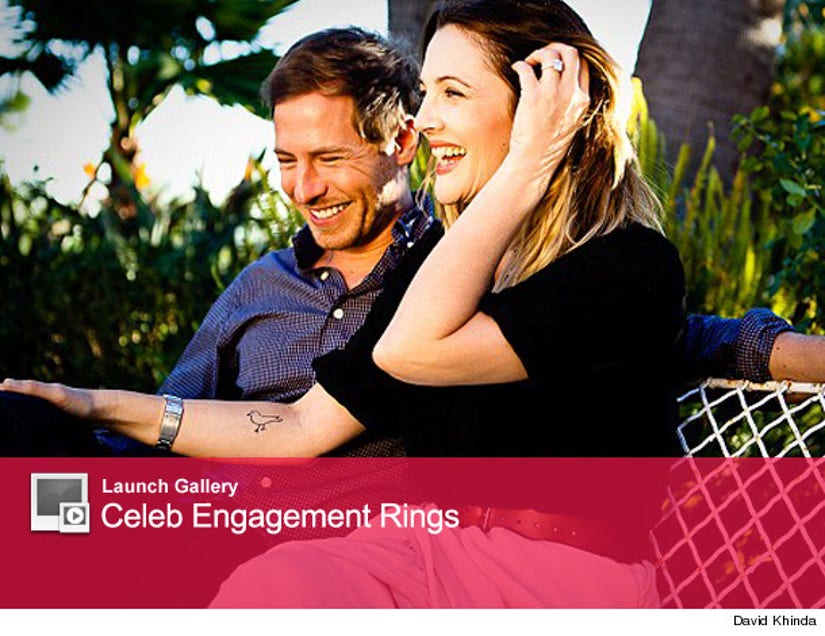 Will Kopelman put a ring on Drew Barrymore -- and now we're finally seeing it!

The couple released their official engagement photo, where they show off the first glimpse of the Graff Diamond ring Will proposed with.

The D-color, radiant cut diamond is between 3 and 4 carats, according to the jeweler.

As we previously reported, Will popped the question over the holidays in Sun Valley, Idaho. The two started dating in February.

This will be Drew's third marriage. She previously tied the knot with Tom Green in 2001, only to have Tom file for divorce 3 months later. She also married bar owner Jeremy Thomas back in 1994 -- but it only lasted a month.