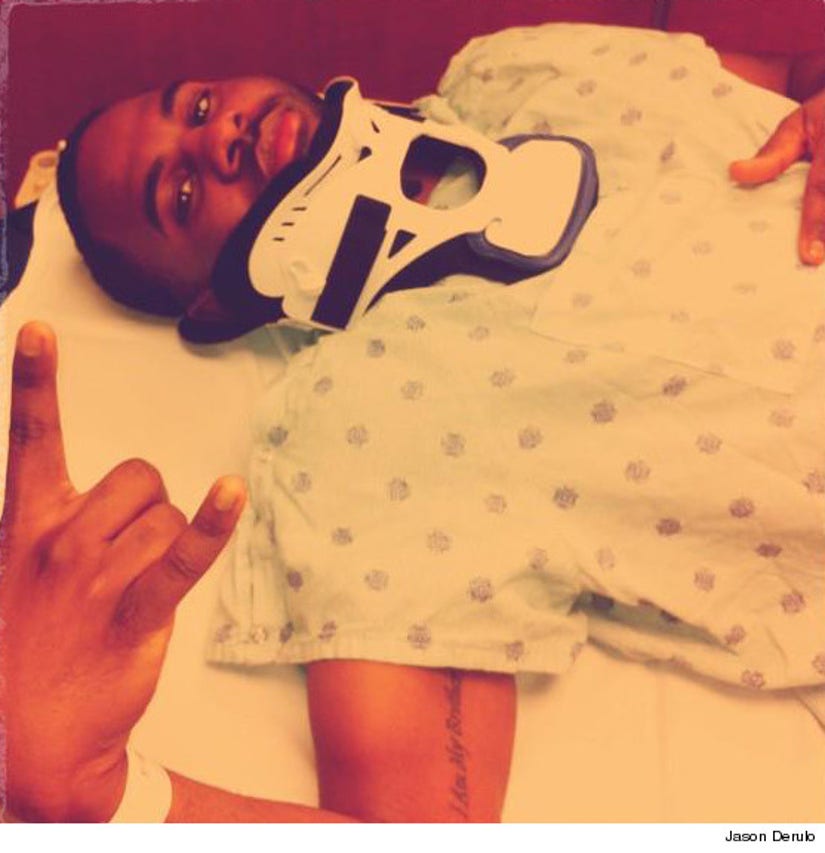 Jason Derulo was almost paralyzed this week -- after he landed on his head during dance rehearsals for his upcoming world tour!

"I fractured my neck doing tumbling & acrobatics 4 tour," the young singer posted on his Facebook on Wednesday.

Then, joking about his neck brace, he added "Always tryin 2 push boundaries 4 YOU! Like my new chain?"

According to the Hollywood Reporter, he was rushed to Memorial West Hospital in Pembroke Pines, FL -- where docs told him the accident could have left him paralyzed.

He was released but will have to wear the brace for the next few months, forcing him to cancel his tour.

In a press, Derulo writes: “To all my fans who planned to come to the Future History World tour, the pain of letting you down cuts me way deeper than this injury I've sustained. My fans mean everything to me, so I'm praying for a speedy recovery in order to perform for you in the near future.”

Wishing him a speedy recovery!