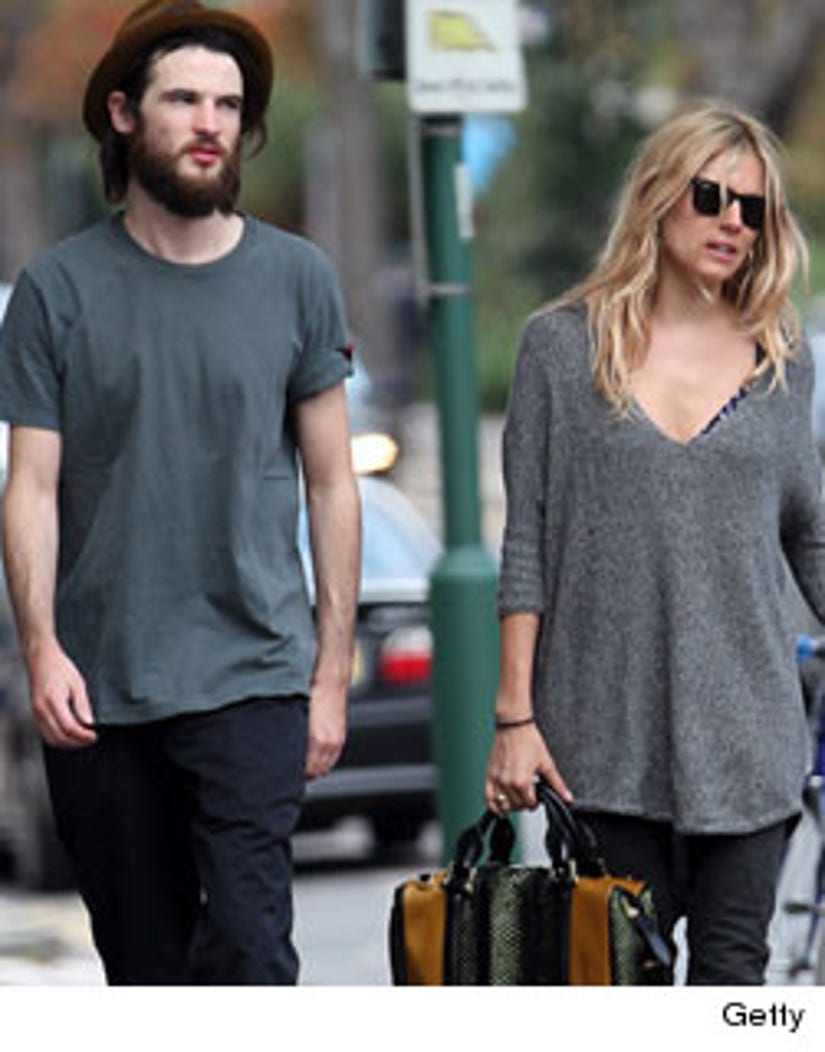 Sienna Miller, 30 and boyfriend Tom Sturridge, 26 are expecting their first child together, sources have confirmed to Us Weekly.

The couple spent their holiday in the romantic city of Paris, and soon announced the news in London after their trip.

Sienna has been mostly off the public radar after her ex-boyfriend Jude Law confessed to cheating on her with his children's nanny in 2006. The two tried to rekindle their romance, but officially ended things in February 2011.

Sienna and Tom, also an actor, started dating shortly after she broke up with Law and soon moved in together this past summer.

Congratulations to Sienna and Tom!