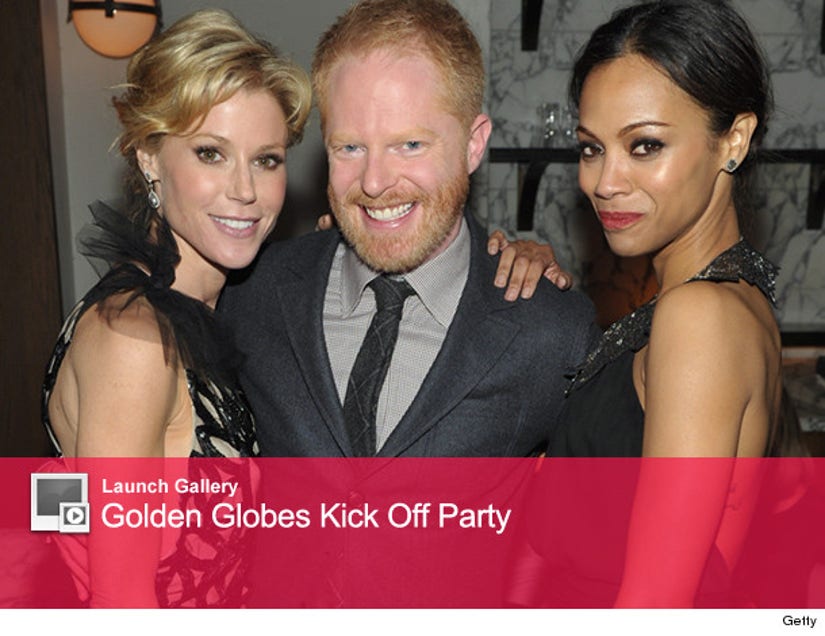 She may be dating Bradley Cooper, but the only guy by Zoe Saldana's side at a big Hollywood bash this weekend was out "Modern Family" star Jesse Tyler Ferguson.

Saldana showed up solo to Audi and Martin Katz's Golden Globe Kick Off Party last night in L.A., where she partied alongside Ferguson and his co-star, Julie Bowen.