Katherine Heigl was a guest on Jimmy Kimmel last night, where she brought a special guest of her own: 3-year-old daughter Naleigh!

While the "One for the Money" star has no problem keeping up conversation on the late night talk show circuit, Naleigh wasn't quite as talkative.

The little girl was very shy, despite Heigl saying she "loves applause," and only piped up when Katherine asked who did her nails.

Though very quiet, she's beyond adorable -- check out the super-cute video above! 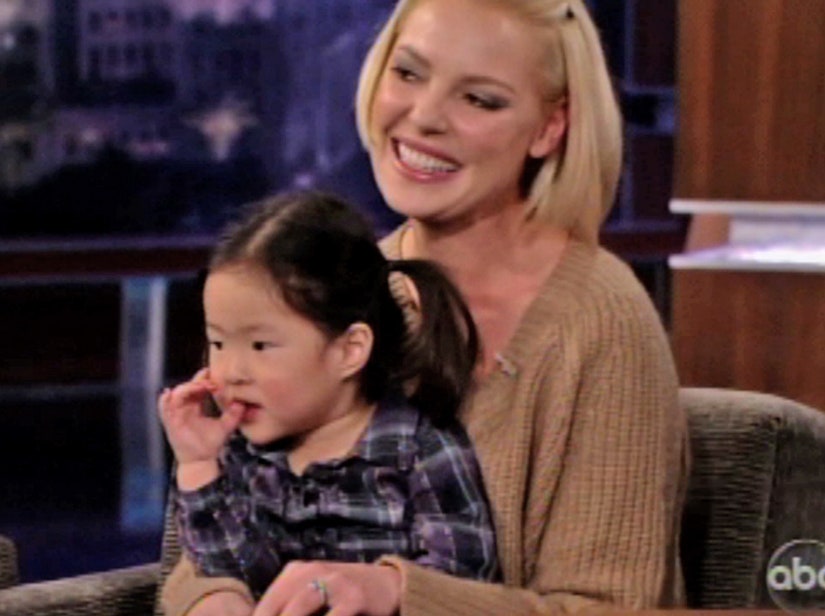