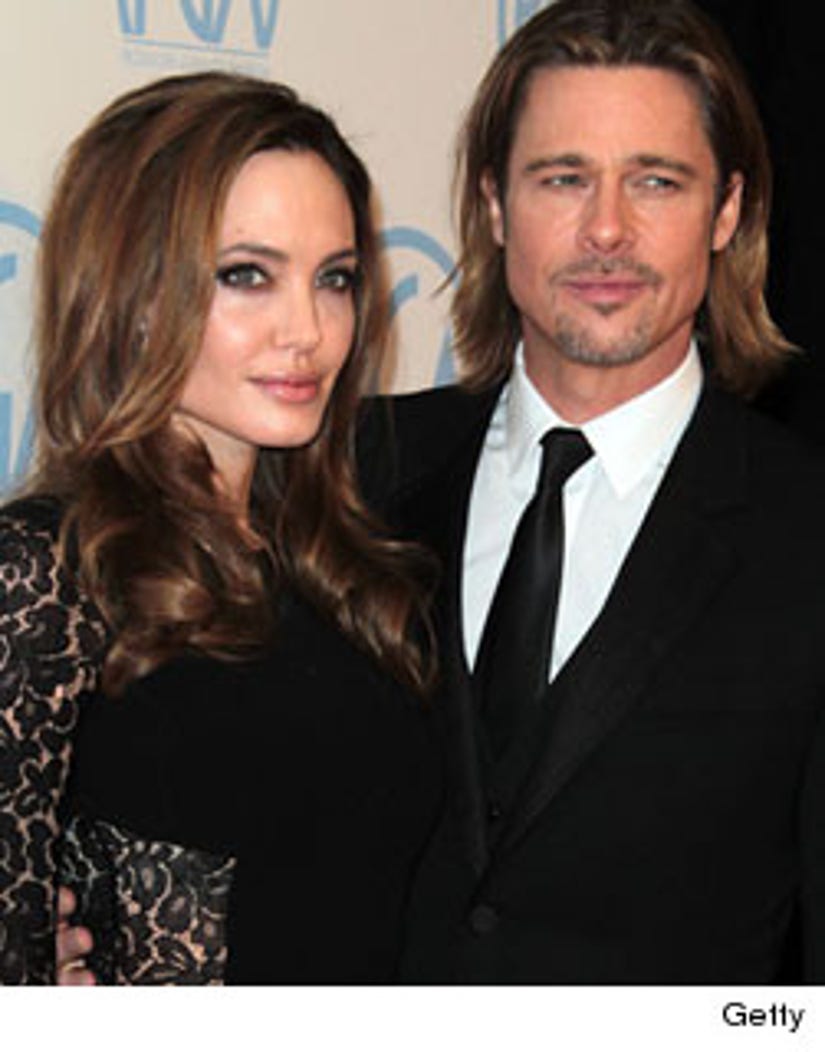 Brad Pitt and Angelina Jolie have long professed they will not get married until everyone legally can.

But now they're feeling the pressure to tie the knot -- from their kids!

Brad, 48 and Angelina, 36, have been together for seven years and have six kids: Maddox, Zahara, Pax, Shiloh, and twins Knox and Vivienne.

“We'd actually like to [marry],” the Oscar nominee told The Hollywood Reporter, “and it seems to mean more and more to our kids. We made this declaration some time ago that we weren't going to do it till everyone can. But I don't think we'll be able to hold out. It means so much to my kids, and they ask a lot. And it means something to me, too, to make that kind of commitment.”

However, he affirmed his support of the legalization of gay marriage. “But to be in love with someone and be raising a family with someone and want to make that commitment and not be able to is ludicrous, just ludicrous.”

Brad also has embraced fatherhood, and all the pitfalls that come with it (he injured his knee trying to shield Vivienne from a fall). But will he and Angie add to their big brood? "We haven't closed the book on it. There's a really nice balance in the house right now, but if we see the need and get that lightning bolt that says, 'We can help this person; we could do something here,' then absolutely."