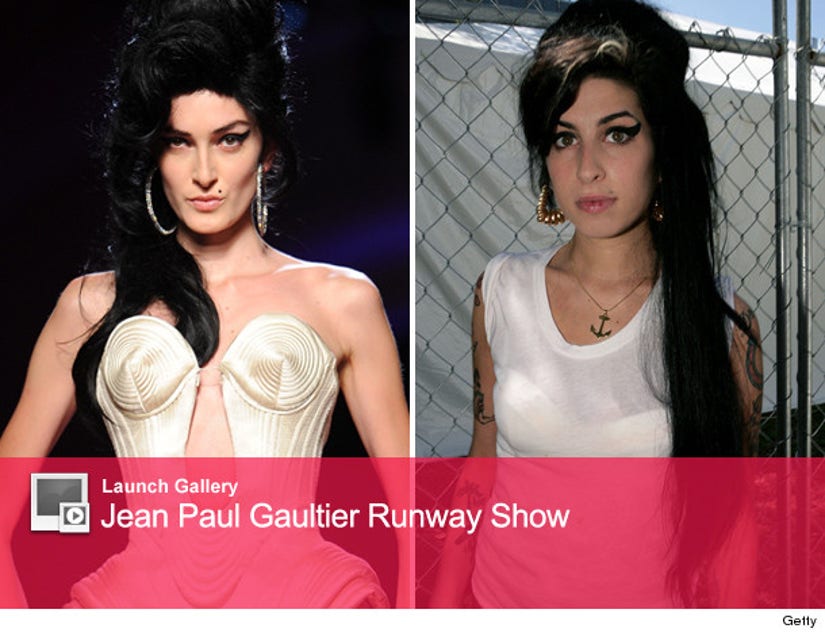 Mega designer Jean Paul Gaultier debuted his new collection at Paris Fashion Week with a Amy Winehouse tribute -- but those who knew the late singer are not happy about it.

The designer paid homage to the singer, who died from alcohol poisoning last July, by styling his models just like her.

The catwalkers hit the runway with her signature beehive hair-do, drastic eye makeup, cigarettes and, in some cased, black veils. A barbershop quartet also sang "Rehab" as they walked.

Winehouse's father, Mitch, is speaking out about the show now -- slamming it for being "in bad taste" on his Twitter.

He also told The Sun "To see her image lifted wholesale to sell clothes was a wrench we were not expecting or consulted on ... We're still grieving for her loss, and we've had a difficult week with the six-month anniversary of Amy's death."

Amy's good friend Kelly Osbourne also chimed in on Gaultier's show, tweeting "Exploitation=evil" and "Although @JPGaultier was paying homage to my dear friend & icon to the world i found it to be lucratively selfish and distasteful!"

Despite the bad taste it left in her mouth, Kelly still gave the designer praise, adding "its not ugly i heart the collection it was just distastefully executed its 2 soon."

Check out the runway show above. Do you think it crossed the line?