Usually it's Snooki or The Situation getting into fights on "Jersey Shore" -- but last night, it was unsuspecting Sammi Giancola!

She may go by Sammi "Sweetheart," but during Thursday night's episode she was anything but, getting into a massive brawl with another girl at club Bamboo.

No other cast members were involved in the fight, which started after the other chick pulled Sammi's hair.

"You dont yank my new weave that I just got," the guidette explained to the cameras after the blowout, which had her and her foe wailing on each other while rolling around the ground of the club.

Giancola got booted from the club, but was pretty proud of herself after -- screaming "It was me against the world!" as they walked home.

Check out the battle above! 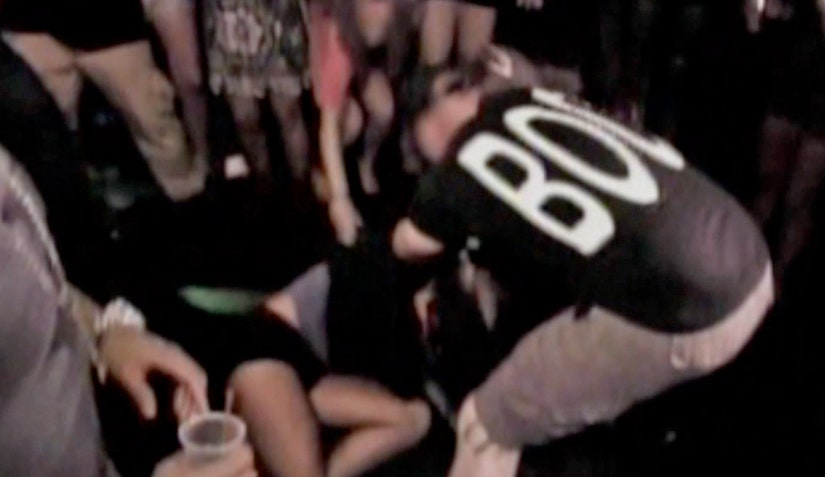