A turquoise-tressed Katy Perry made her first major appearance since Russell Brand filed for divorce. She joined friend Markus Molinari and managed a few smiles on the red carpet for the grand opening of 1 Oak in Las Vegas.

Also in attendance were Paris and Nicky Hilton, David Arquette and his new girlfriend, along with his sister Patricia Arquette. 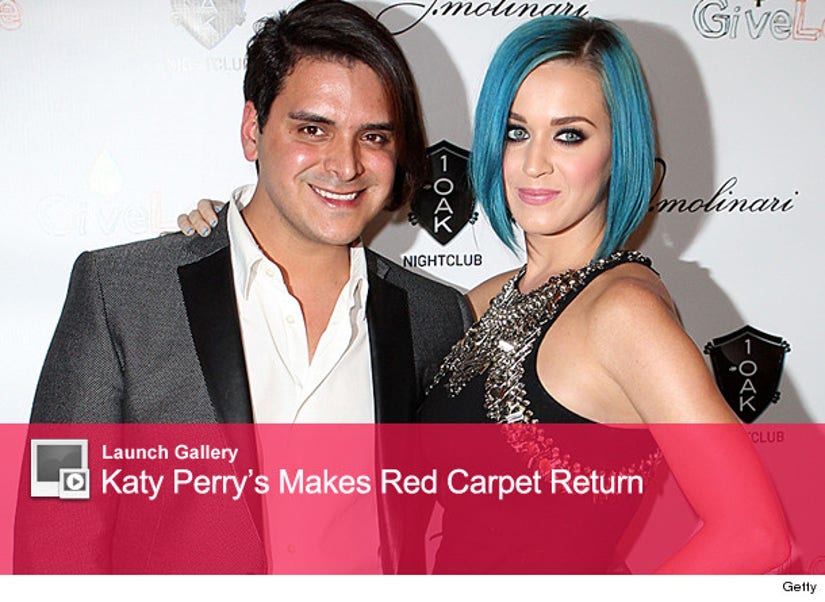 Sources inside the event said that the singer never came out from her private booth to address the crowd despite being promoted in flyers.

Brand filed for divorce on December 30 after being married for 14 months. Katy has made few public appearances since the announcement was made, although she's nominated for a number of Grammys. The awards show takes place on February 12.

Check out all the photos from Sin City, above!