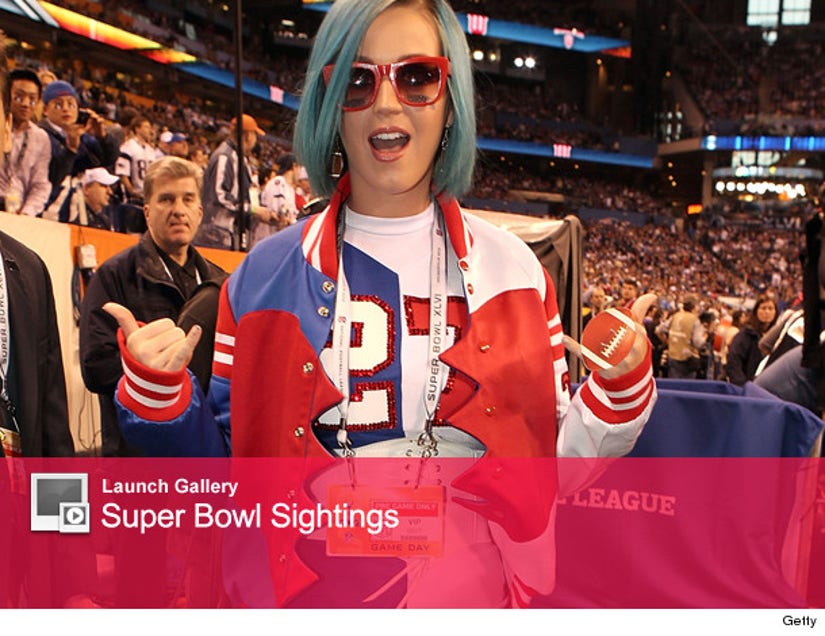 Katy Perry is single and ready to mingle ... with Tim Tebow!

The singer was all over Indianapolis this weekend for the Super Bowl, where she made a couple cracks about Denver Broncos quarterback.

At the DIRECTV Super Saturday Night party, Katy took the stage to perform her sexually charged song "Peacock," reportedly giving the QB a shout-out before the song by saying "This one goes out to Tim Tebow."

He wasn't in the house to hear her dedication though.

She also referenced gossip that her parents were trying to set the two up, saying "Hey Tim, my parents say 'Hi'" while presenting an award at the NFL Honors ceremony earlier on Saturday.

We're not sure if the two ever crossed paths, but Tebow did mingle with Maria Menounos, Katherine McPhee, Jordin Sparks and Ciara.

Check out all the Super Bowl weekend sightings above!