You and 100 million other people saw David Beckham in his underwear during the Super Bowl, but how much do you really know about him?

The 36-year-old soccer star sat down with Men's Health to talk candidly about his career, struggles and personal life, as well as take some very sexy shots, which you can check out below. 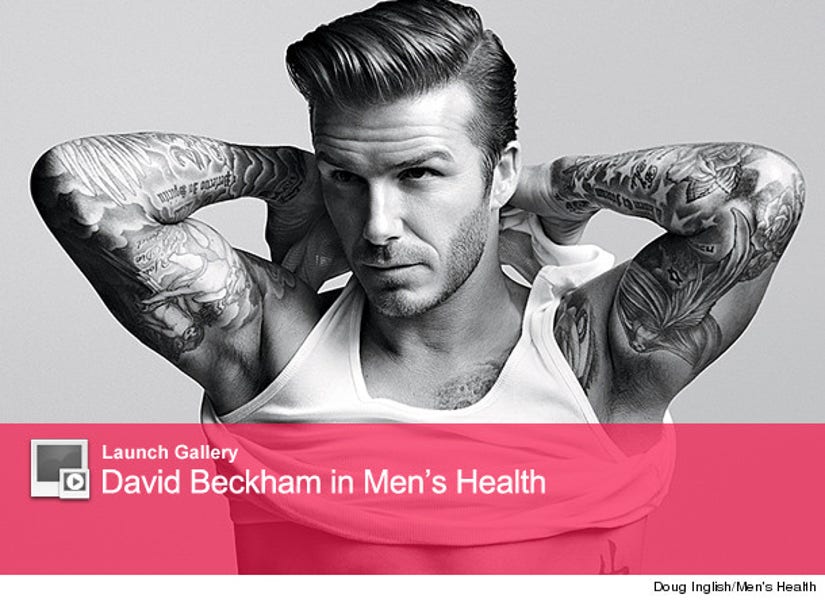 “Even at 36, I'm still running 12 miles a game. [But] I've definitely become more aware on the field. I know what my limits are, what I can achieve, and which passes I can play. I have adapted to my age.”

On how being stubborn has helped his career ...

“I am a very stubborn person. I think it's helped me over my career. I'm sure it has hindered me at times as well, but not too many times. I know that if I set my mind to something, even if people are saying I can't do it, I will achieve it.”

On his potentially career-ending Achilles tendon injury in 2010 ...

“There was only one day when I doubted that I'd get back to playing. It was two days after the operation when my bandages came off and I saw the scar. It was very different from what I'd seen a few days before, and it scared me. I think that's the only time I've really felt that I wouldn't play football again. I was emotional…I've played this sport for quite a few years. To think that I wouldn't be doing it anymore upset me. But it lasted only for the day. My kids walked into the room, and that took my mind off of it. From then I was determined, absolutely determined, to get back. The surgeon told me I'd be back playing in nine months. I was back in just under six.”

On the importance of family and close friends ...

“It would be easy for our kids to sit back and not work for anything, but they're not like that. They're as competitive as Victoria and me. We're very lucky with our boys: They want to win. They want to work at something. They know their values. That's the way we've brought them up so far, and that's the way we'll continue to bring them up.”

For more of Beckham's interview, click here or pick up the March issue of Men's Health, on newsstands now! Plus click above for more sexy shots from his Men's Health shoot.