The lovely and talented Jennifer Aniston celebrates her 43rd birthday on Saturday, and what better way to pay tribute to this day than by remembering 43 of her sexiest red carpet looks!

The Los Angeles native's career has spanned more than 20 years, though of course everyone knows her best as the coffee girl turned fashion buyer Rachel Green on "Friends." Jen's starred in numerous films since her sitcom left the air in 2004, including "The Break-Up," "Marley & Me" and a pretty raunchy turn in last year's "Horrible Bosses." She was also nominated for an Emmy Award for her guest appearance on NBC's "30 Rock" in 2008.

The gorgeous girl is happily in a relationship with Justin Theroux -- and they actually met on the set of the film "Wanderlust," which hits theaters on February 24.

Click "Launch Gallery" below to take a look back at 43 of Jen's sexiest red carpet looks! 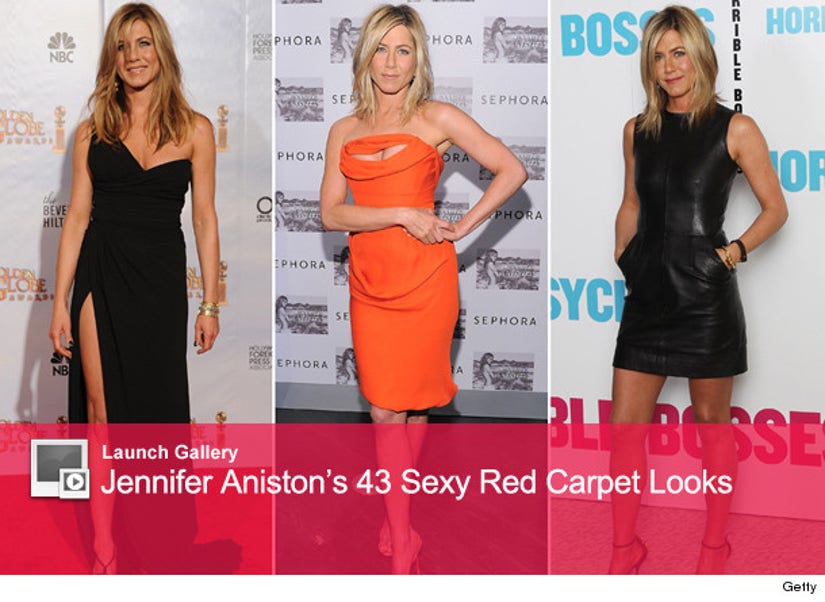