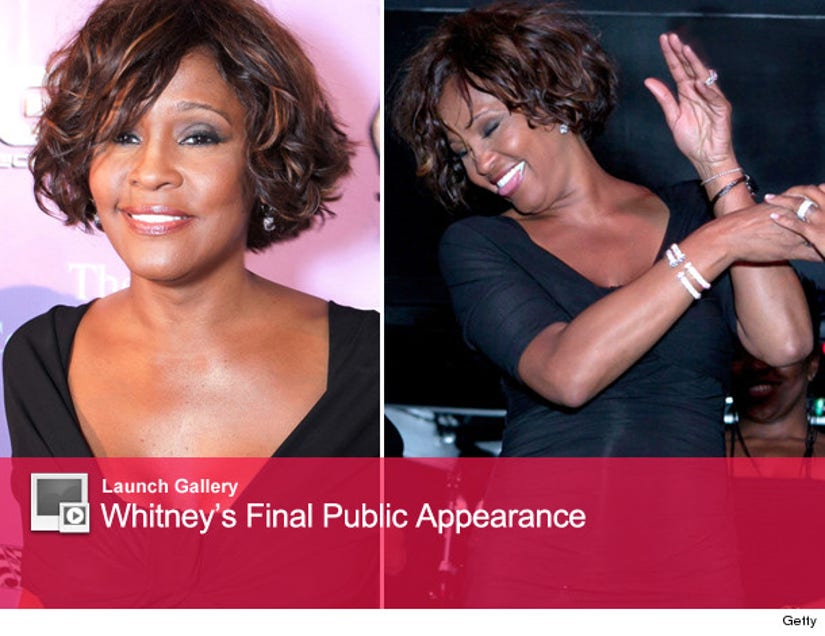 Whitney Houston died this afternoon -- just days after she was seen enjoying a night out with her daughter Bobbi Kristina in L.A.

The 48-year-old singer stepped out to Kelly Price & Friends Unplugged: For The Love Of R&B GRAMMY Party at Tru Hollywood on Thursday night -- her last red carpet appearance before her death.

It was a rare public appearance for Whitney, who hadn't been on a red carpet for an entire year before that.

Houston even briefly took the mic and sang with R&B singer Kelly Price.

This would be her last performance.