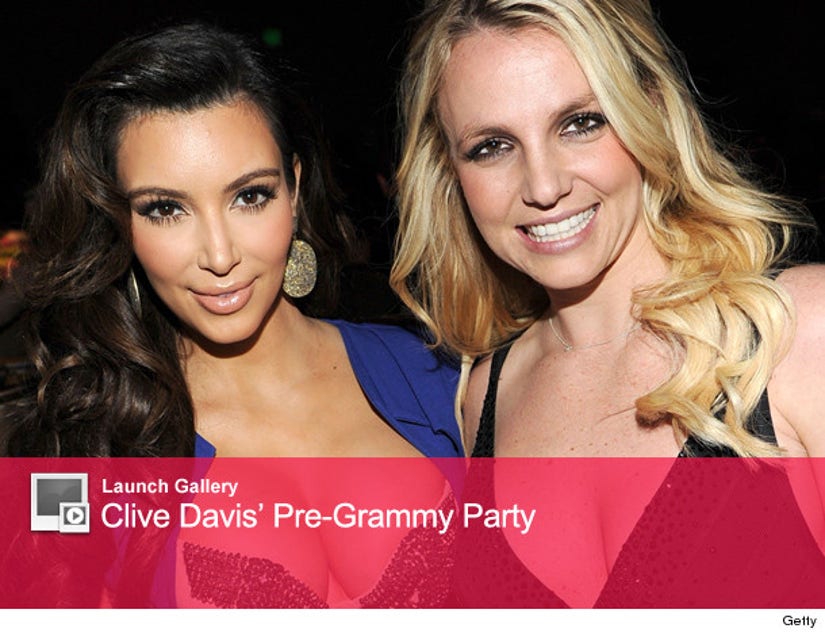 Clive Davis' annual pre-Grammy Awards party went on as scheduled last night at the Beverly Hilton -- despite the fact that Whitney Houston was supposed to perform at it and died in the same hotel earlier that day.

At the party, Clive addressed the crowd, telling them "Whitney was a beautiful person and she had a talent beyond compare. She graced this stage ... so many times. So simply put: Whitney would have wanted the music to go on."

He then held a moment of silence for the late singer and added "Now ladies and gentlemen, let the music begin," before the annual concert gala began.

Brandy, whose brother Ray J was dating Houston at the time of her death, and Monica were supposed to perform at the event, but were "too heart-stricken" to go through with the performance. They still attended the party though.

Alicia Keys made a tribute to Houston at the event, telling the crowd "You think about how this person touched you, you form a friendship, a sisterhood, a bond. You see how incredible they really are. ... She was a sister to me."

She then sang a line from Whitney's song "I Wanna Dance with Somebody" before launching into "No One," adding "This one's for her. Let's sing her into heaven." Watch it below:

Jennifer Hudson will reportedly perform a tribute to Whitney at tonight's Grammy Awards.