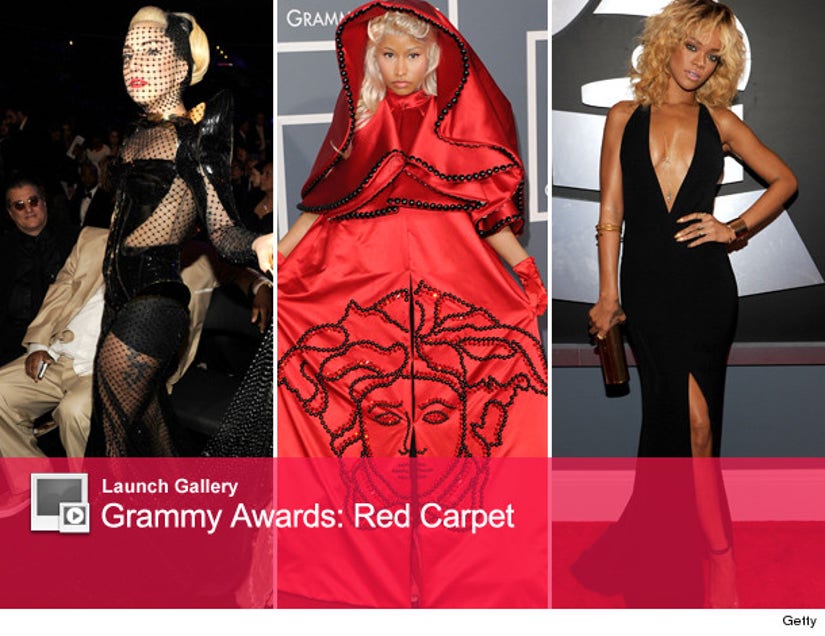 There's a somber mood in the air on the Grammy Awards red carpet tonight at the Staples Center -- where stars are turning out to honor the late Whitney Houston and some of the biggest names in music.

So far we've seen a couple of black dresses -- meaning a few stars may have made last minute outfit changes to pay their respects to Houston, who passed yesterday at the age of 48.

There was also a lot of color still too though, as Fergie, Nicki Minaj (in a nun outfit!) and Katy Perry all brightened up the carpet with their bright dresses.

Keep checking back as we update with more photo as they come in.