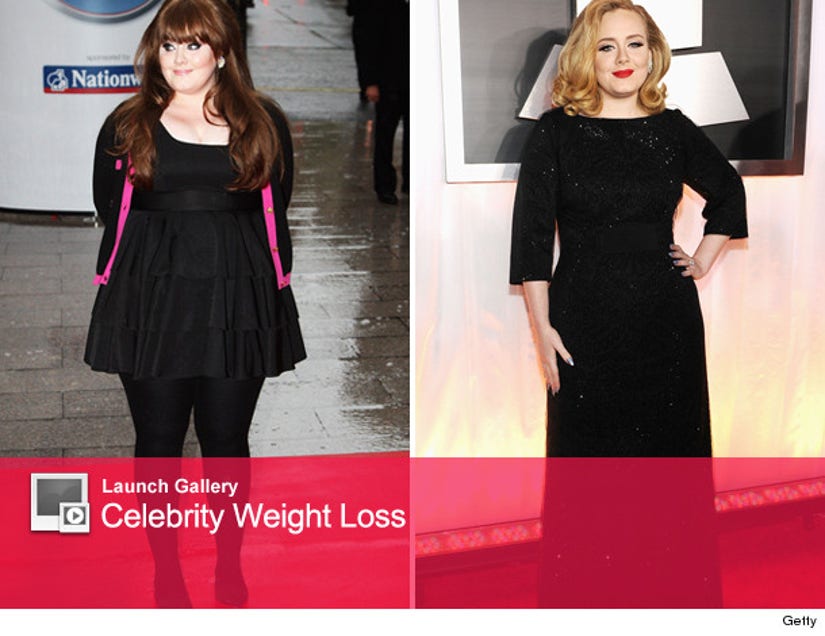 The singer, who underwent throat surgery last year, made her debut back in public at last night's event ... where she was noticeably thinner.

She looked great in a slimming black sparkly dress on the red carpet, before she picked up six awards inside.

Adele's trim figure comes after Karl Lagerfeld blasted the singer, telling the Metro she was "a little too fat."

Not that the singer cares about her weight, as she recently told Anderson Cooper "I've never really thought about it at all ...I think everyone else makes a bigger deal about it."

She added, "Even if I did have, you know, a 'Sports Illustrated' body, I'd still wear elegant clothes."

And she's definitely wearing some pretty "elegant" stuff in the March issue of Vogue, which just released some photos from the singer's shoot.

Check out her stylish shots below: 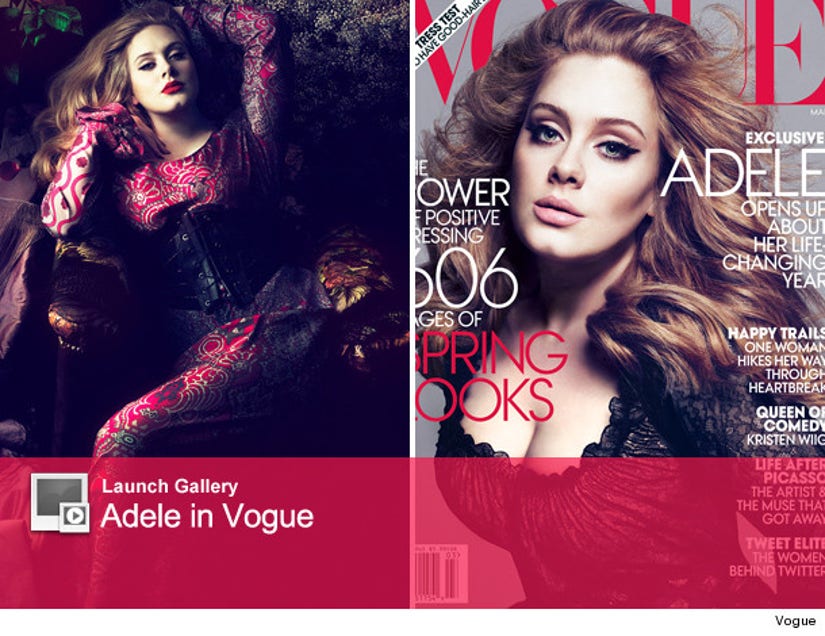