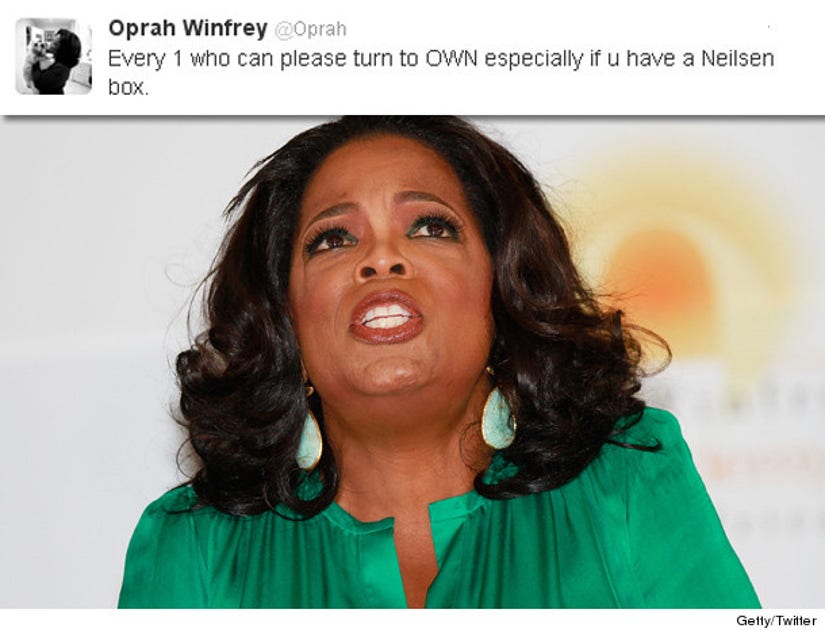 Oprah Winfrey took to her Twitter last night and asked her 9 million loyal fans to switch from the Grammy's to her OWN Network.

“Every 1 who can please turn to OWN especially if u have a Nielsen box,” tweeted Winfrey. She later added, “Commercial Grammy people..u can turn to OWN.”

After a number of users complained, the media mogul posted, "“The word 'please' is used as courtesy not a beg … 'desperate' not ever a part of my vocab … 'unethical' a little harsh don't u think? Seemed like it made sense to me. Sorry if u're offended."

Oprahs' tweets not only angered viewers, it violated rules set by Nielsen Media Research -- the organization that handles the measuring of viewers. Asking Nielsen users specifically to watch programming is not permitted.

After being notified by Nielsen, the tweet was removed. "I removed the tweet at the request of Nielsen. I intended no harm and apologize for the reference. -Oprah Winfrey."

Do you think it was fine for Oprah to ask for Grammy viewers to make the switch?