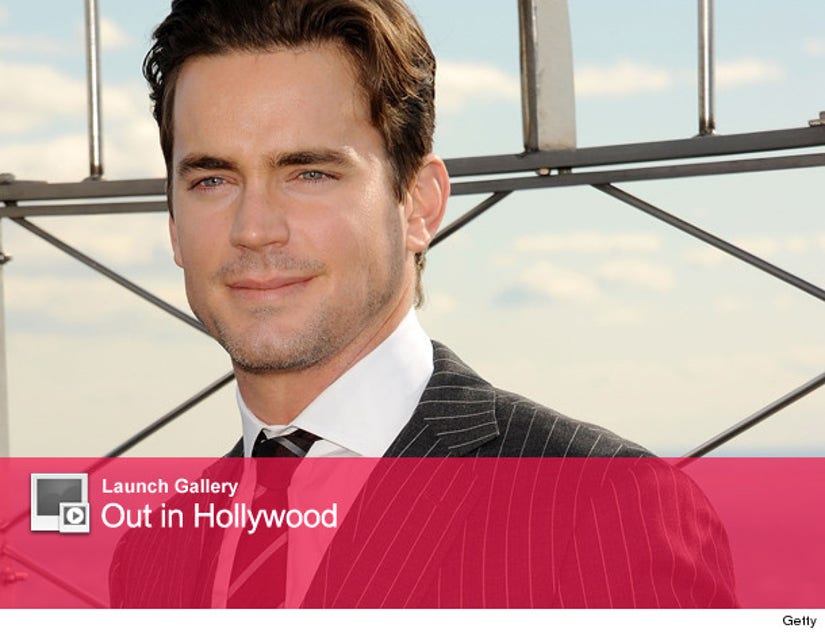 Sexy "White Collar" star Matt Bomer came out of the closet over the weekend ... and did it without a PEOPLE magazine cover.

The 34-year-old, who had been the subject of speculation over his sexuality for some time, nonchalantly confirmed rumors by publicly thanking his partner Simon Halls during an acceptance at the Steve Chase Humanitarian Awards -- where he received an award for his work in the fight against HIV/AIDS.

"I'd really especially like to thank my beautiful family, Simon, Kit, Walker, Henry," he said at Saturday night's event. "Thank you for teaching me what unconditional love is. You will always be my proudest accomplishment."

Kit, Walker and Henry are the couple's kids.

Bomer was asked about his sexuality by Details back in 2010. He kept it ambiguous at the time, telling the mag "I'm completely happy and fulfilled in my personal life."

He added "I have a network and a show riding on my shoulders. I would say a big difference between my character and me is that I can be too trusting. And I've realized in this business, that's not necessarily the smartest thing to be. I definitely have a thing or two to learn from the con artists."

Check out the gallery above to see more Out Stars.