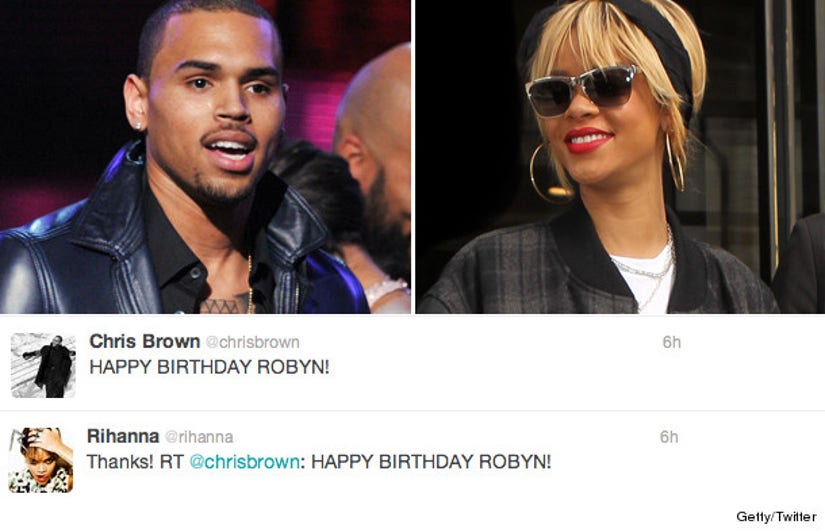 Finally some concrete proof that Chris Brown and Rihanna are communicating again: He wished her a Happy Birthday on Twitter!

It wasn't long after that the birthday girl, who was physically assaulted by Chris in 2009, responded "Thanks!" and re-tweeted the message.

While Chris attended the singer's b-day bash last week, there was no evidence of them partying together because his people slapped anyone holding a camera with a confidentiality agreement.

The birthday message comes as rumors continue to swirl about the two collaborating on a remix for one of their new singles ... though neither has confirmed the story yet.