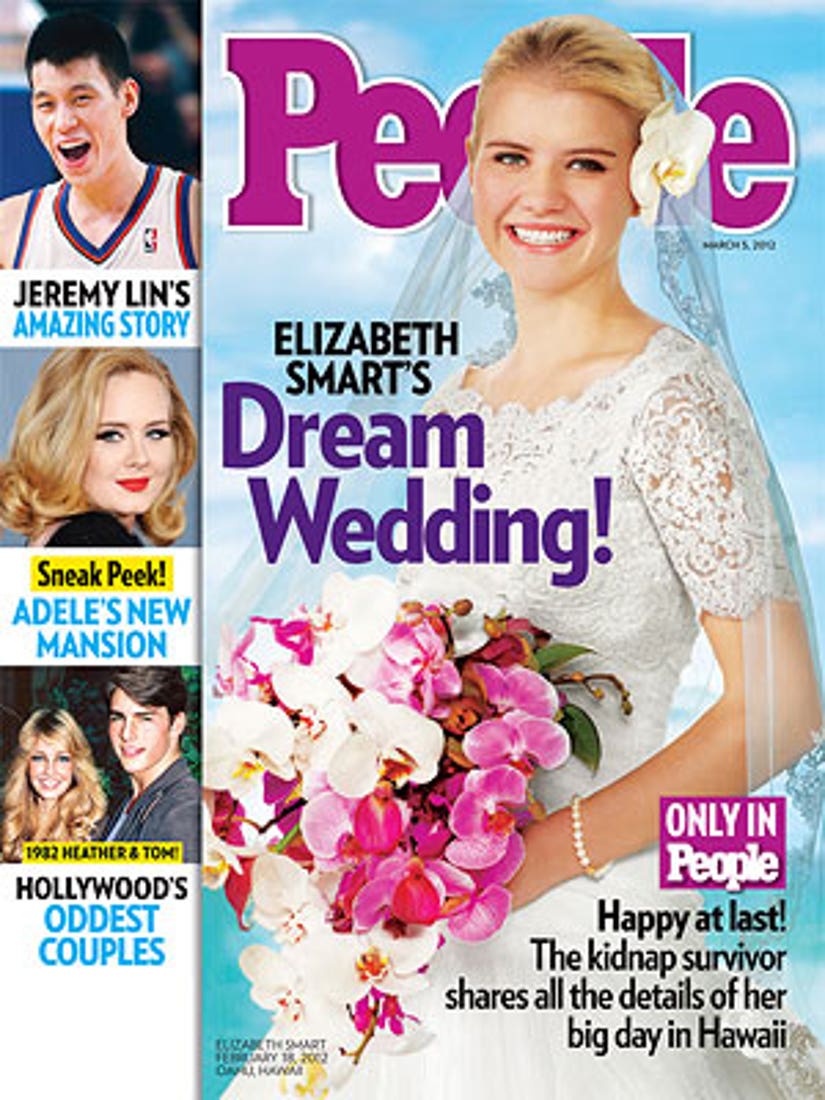 The previous few times Elizabeth Smart was on the cover of People, the focus was on the darkest period of her life -- her kidnapping and nine months of terror at the hands of her captors back in 2002.

The 24-year-old wed her beau, 22-year-old Matthew Gilmour, on February 18th in Oahu, Hawaii. The young couple had met in 2009, while they were both performing their Mormon missions.

People has shots of the ceremony in this week's issue, but you can see Elizabeth's beautiful wedding dress here. The bride found her Alita Graham gown at New York's famed Kleinfeld's bridal salon. According to People, the white tulle gown was altered with lace sleeves and a sweetheart neckline to conform to Mormon standards for the temple "sealing" ceremony. A scalloped lace veil completed the look.

The groom wore a kilt of his late father and a blue thistle boutonniere. The bride also had something blue -- her sapphire engagement ring. Other jewelry included a pair of pearl earrings and bracelet.

Given the locale, Elizabeth carried a cascade of pink and white tropical orchids. A sole white orchid adorned her hair. The flowers also were featured on the chocolate and vanilla chiffon wedding cake.

What do you think of Elizabeth's dress? Tell toofab in the comments below!

Plus, click here to see more photos of the newlyweds on our sister site, TMZ.