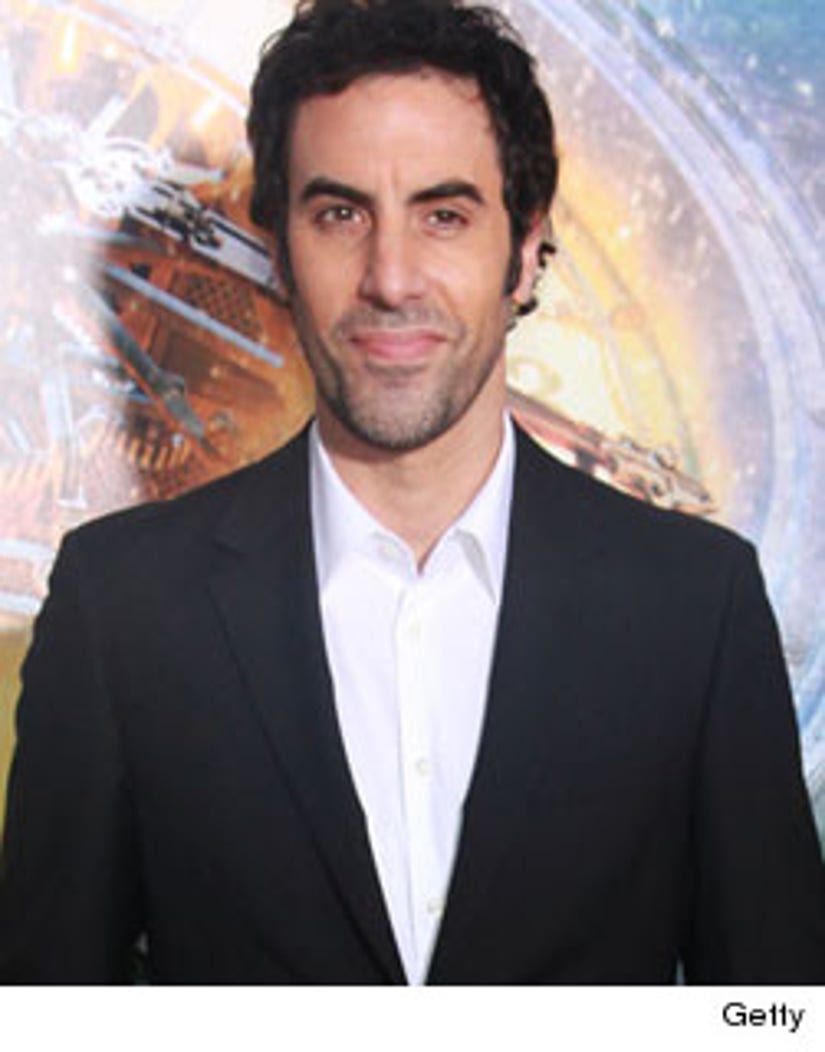 The Oscars are unquestionably the most glamorous show in Hollywood, so the Academy has been known to be a little, shall we say, uptight when it comes their big awards show. But has it gone so far that they've banned a previous nominee from attending the 84th Academy Awards on Sunday?

Rumors flooded the internet this week that Sacha Baron Cohen -- 2007 nominee for writing "Borat," in which he also played the titled character -- had been banned from attending the Oscar ceremony.

Originally invited as a cast member of the Best Picture nominee "Hugo," reports claimed that the Academy was afraid Sacha would show up in character as the lead of his next film "The Dictator" -- an over-the-top, crass totalitarian leader named General Aladeen. But is the Academy really that uptight?

Well, yes and no. According to the Hollywood Reporter, once the Academy got wind of Sacha's alleged plans, they reached out to his reps and Paramount -- the studio behind the film -- to find out what exactly Sacha planned to do. And while they deny that his tickets have already been pulled, a spokesperson said "we don't think it's appropriate" if Sacha intends to use the red carpet to plug his film. "We're waiting to hear back," they said.

The tongue-in-cheek reply shows the General referring to the Academy as the "Academy Of Motion Pictures Arts and Zionists,” and thanking them for taking away his freedom of speech. He also skewers a couple well-known celebs ... you have to see it.

Also, be sure to come back to toofab on Sunday for a our full coverage of the show, and click here for the list of nominees, best and worst dressed of past Oscar red carpets, and much more!