What do Zac Efron and Bryan Cranston have in common? Dropping condoms on the red carpet wouldn't be our first guess, but it would be correct.

The 24-year-old "High School Musical" star became an inadvertent viral video sensation this week thanks to footage of him from the premiere of his latest film "Dr. Seuss' The Lorax."

The heartthrob reached into his pocket to hand something to his publicist ... and what appears to be a condom fell out onto the red (or in this case orange) carpet. Check out his completely embarrassed reaction:

And now history has repeated itself ... well, kind of.

While posing for cameras, condoms just fell everywhere! Sure it was a gag for the cameras -- making fun of Zac's little flub from earlier in the week -- but we have to hand it to Bryan ... it's pretty damn funny.

Click "Launch Gallery" below to see shots of Bryan's condom "mishap," and other photos from the "Breaking Bad" event! 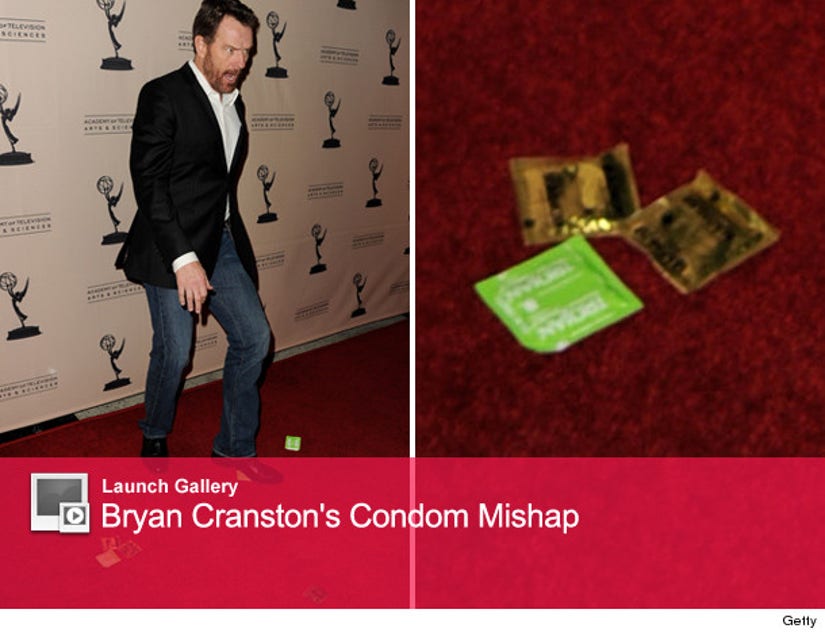