The 84th Academy Awards are officially in the books, and whether you're a casual viewer or pop culture junkie, there are probably a few questions you had about this year's Oscar show!

We here at toofab have the answers to all your burning questions, including why Halle Berry was a no-show, and did Jean Dujardin really drop an f-bomb during his acceptance speech? Find out, below!

5. What movie were Michelle Williams and Colin Firth in together? 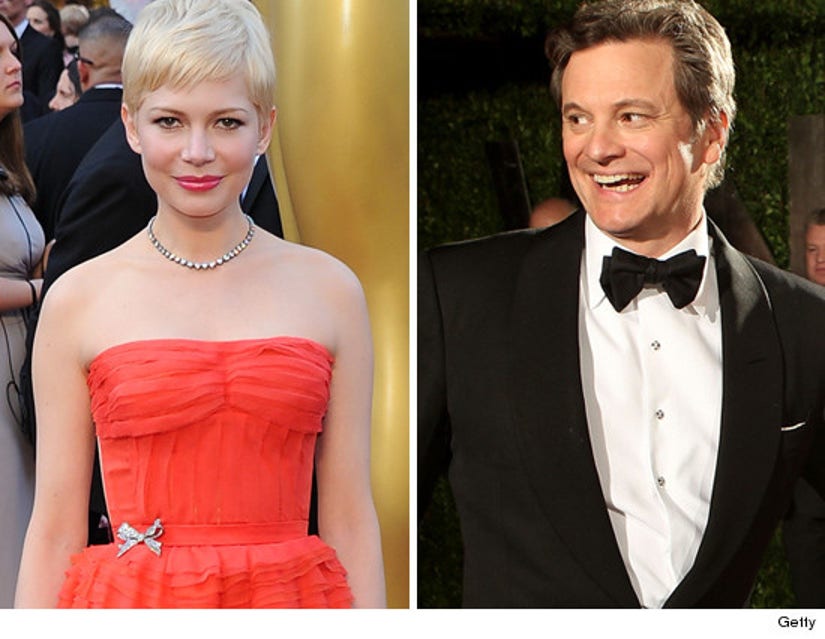 When presenting the Best Actress award, Colin Firth praised Michelle Williams' grace on set, saying she mentored him when they worked together ... when she was just 12. OK, he exaggerated a bit on the age, but 15-year-old Michelle worked with Colin in 1997's drama "A Thousand Acres," where she played Michelle Pfeiffer's daughter!

4. Where was Halle Berry? Jessica Alba? 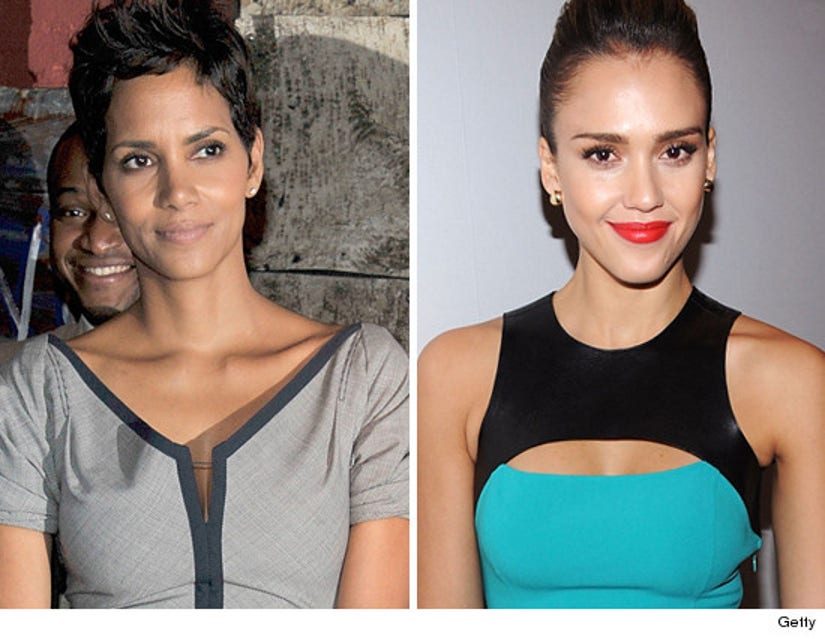 Jessica Alba and previous Oscar Award winner Halle Berry were both scheduled to present awards during the Oscars, and both were no shows. Reportedly, Halle pulled out at the last minute still citing the foot injury she sustained back in September in Spain. September. She didn't think that through before agreeing to present? As for Jess, she tweeted:

bailed out of #oscar festivities 2nite due to this terrible illness... matzah ball soup FB twitter n tv -we got a date!

3. Who sang "What A Wonderful World" during the In Memoriam segment? 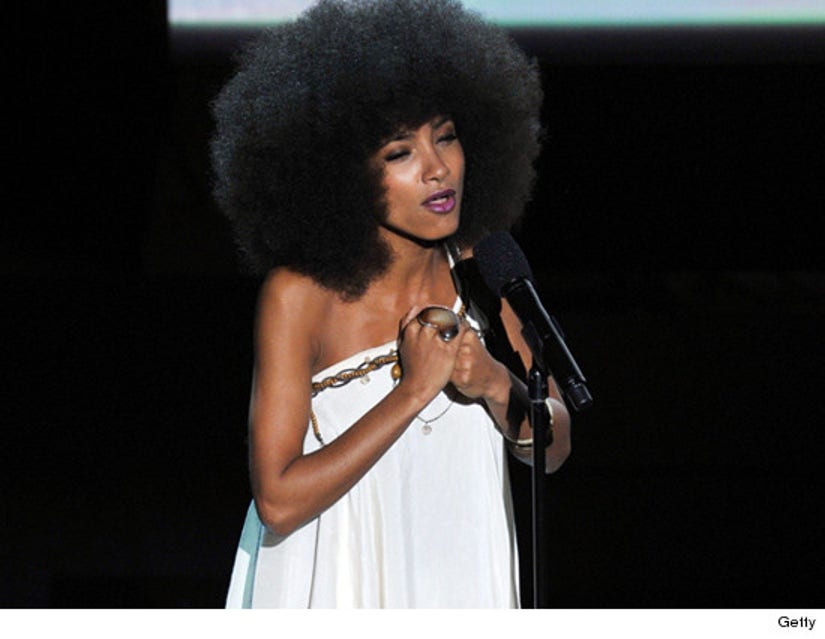 With one beautiful voice and a ton of hair, Esperanza Spalding is the jazz bassist and singer who sang during the In Memoriam segment. Does her name sound familiar? She won the Best New Artist award at the Grammy Awards last year, beating Justin Bieber, Drake, Florence & the Machine and Mumford & Sons.

2. Why did Rose Byrne and Melissa McCarthy take shots in the middle of presenting? 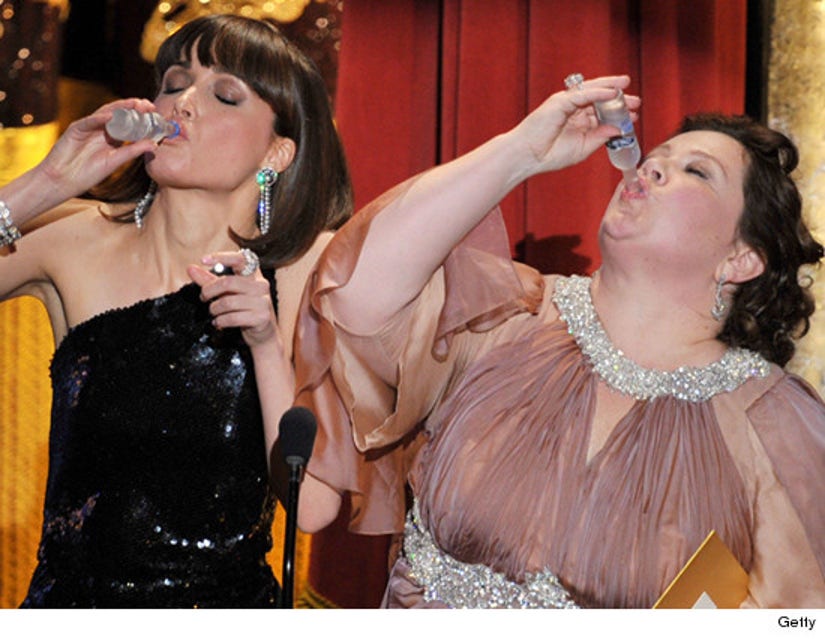 When presenting an award back at the SAGs in January, the "Bridesmaids" cast joked that they have a drinking game where everytime you hear the word "Scorsese," you have to take a shot. Well, when presenting Best Documentary Short Subject last night, Rose Byrne and Melissa McCarthy were interrupted by some "hecklers" who shouted the word, prompting the ladies to reach into their cleavage, pull out bottles of vodka and chug away. Now that's a party.

1. What did Best Actor winner Jean Dujardin say during his acceptance speech? 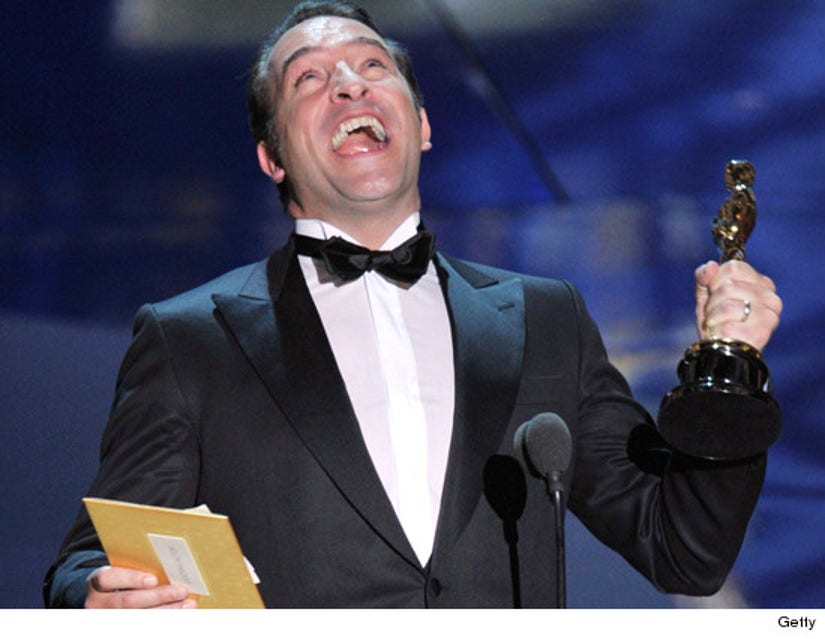 When Jean Dujardin won his Best Actor trophy for "The Artist," the dapper Frenchman proclaimed "I love your country!" then finished his speech with some exclamations in his native language. The reported translation: "Thank you so much for this f---ing epic victory!" Of course, the English-speaking censors didn't catch the supposed f-bomb, though backstage Jean fessed up and apologized for the slip.

What was your favorite Oscar moment? Sound off in the comments below!