Awards season has officially wrapped and what a feast of fashion it was!

Hollywood's leading ladies experimented with many different styles ... some of which were more successful than others. Toofab's Lawrence Yee and Brittany Kyles offer their picks for their best and worst looks from the red carpet. Click on the galleries to see even more of the nominees' fashions!

Michelle Williams, "My Week With Marilyn"

Michelle Williams had our favorite ... and least favorite ... dresses of the season. Her Valentino gown in red, of course (far right) was simply stunning. We loved the delicate lace details. A close runner-up? Her coral Louis Vuitton gown from the Oscars (far left). However, her Victoria Beckham dress (center) at the nominee luncheon had us feeling gloomy, like the rainclouds on it. It was just too juvenile for her. 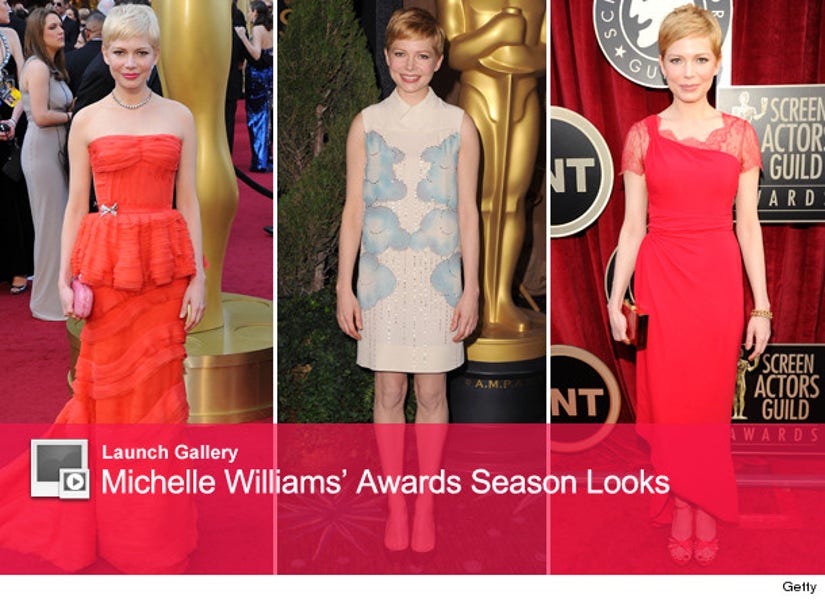 The actress was so convincing as a woman living as a man in 19th Century Ireland that it was refreshing to see her with such feminine silhouettes. Her forest green Zac Posen gown (far left) from the Oscars was our favorite (the color a nice nod to the film's setting). She was one sexy 64-year-old in that outfit. Unfortunately, she looked like a granny on vacation in her Stella McCartney tropical print coat (center). 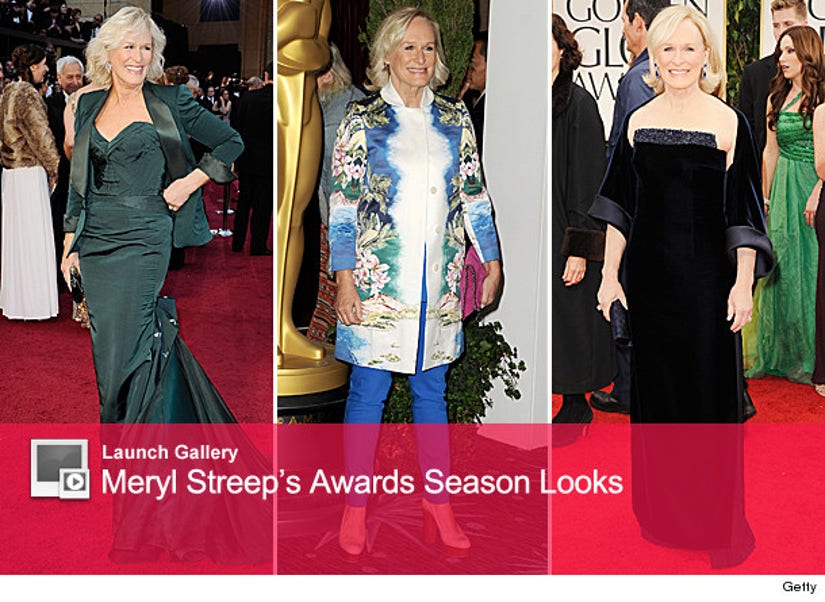 Viola was the biggest risk-taker on the red carpet this awards season. Her best look came early on with her burgundy Emilio Pucci goddess gown (far right) and chic bob. We love that she wore her hair natural at the Oscars, but her green Vera Wang dress (far left) was a bit too busy for our our taste. It's our least favorite look in an otherwise standout season. 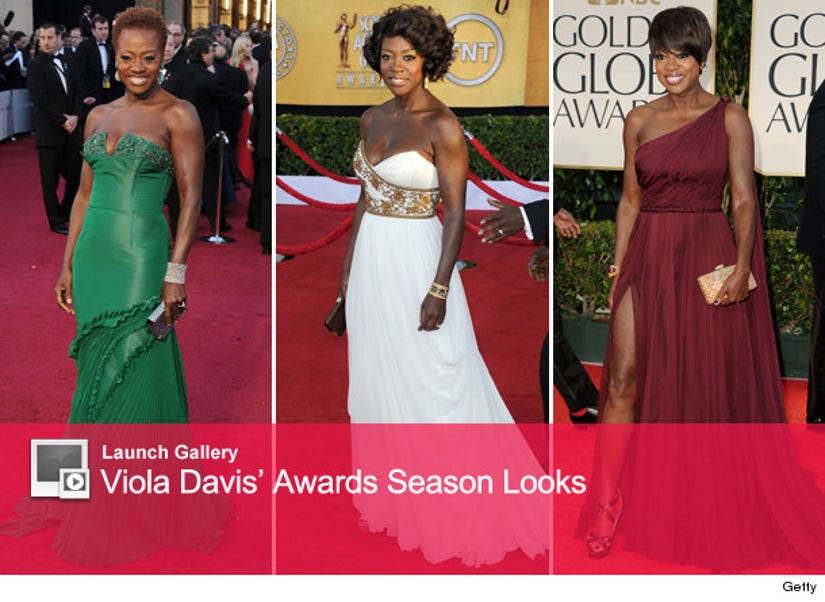 Rooney Mara, "The Girl With A Dragon Tattoo"

Like Glenn, Rooney's styles were a far cry from her character's. Her season started with her weakest look, a basic black Nina Ricci gown (far right) and minimal make-up, but ended it on a high note with a gorgeous Givenchy gown (far left). Her dramatic red lip sealed the deal! 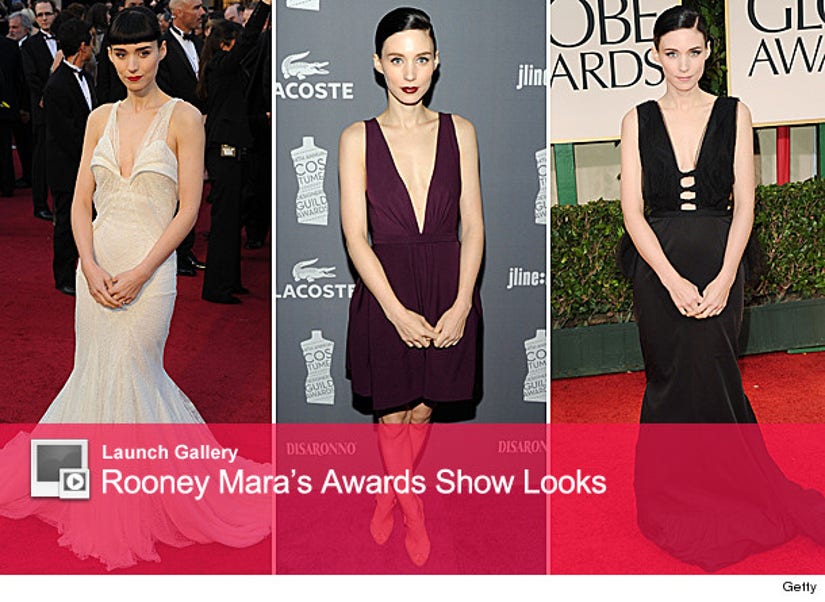 The veteran actress took home Oscar gold in her gold Lanvin dress (far left) but it was our least favorite look of the season. There was something about the fabric that just looked chintzy. We preferred the gray Vivienne Westwood (center) dress she wore to the SAG Awards, minus that horrible brown belt. Meryl is such a talented actress, but needs a little work in the wardrobe department. 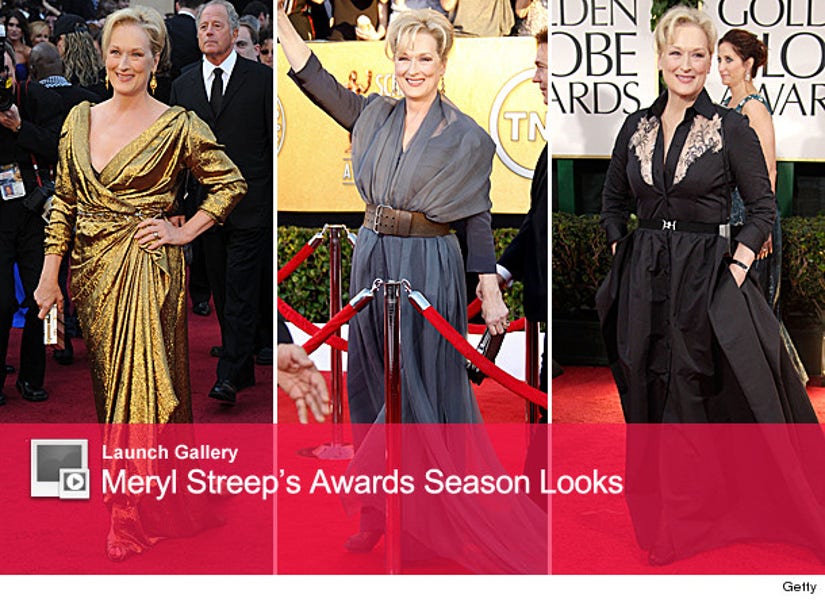