The lingering Chris Brown and Rihanna are-they-or-aren't-they question has caused many debates over the last few weeks and even years, but Reese Witherspoon has made it clear to her children -- what happened between the popstars on February 8, 2009 is not ok. 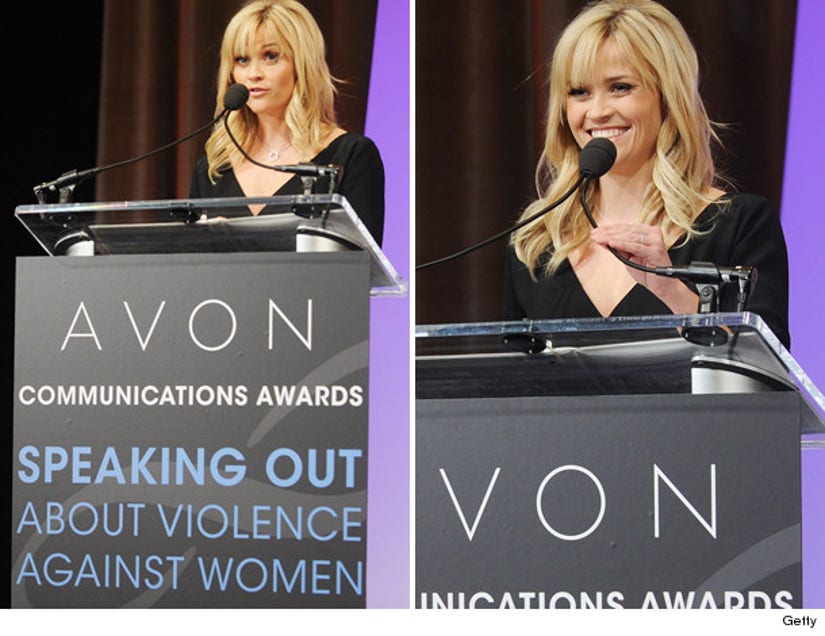 Reese, who currently serves as the Global Ambassador for the Avon Foundation, spoke at the 2nd World Conference of Women's Shelters in Washington, D.C., on Tuesday. The conference brings together people who work directly with, and provide services to, victims of violence, and as a mother Reese noted that she wants to stress to her children that one in three women will experience domestic violence in their lifetimes.

"We talk about domestic violence and what that means," the 35-year-old actress said of her conversation with daughter Ava, 12, and son Deacon, 8. "Although the concept is somewhat foreign to them, they're starting to understand that this happens to families in our country and all throughout the world.”

Reese used the 2009 Grammy eve domestic violence incident between Rihanna and Chris as a tool to educate her children. “My daughter knows what happened. My son knows as well. We talk about what is abuse. I think it's important to talk to our daughters — and our sons — in order to educate them at an early age about what's appropriate and what is absolutely not acceptable."

As for Resse's thoughts on the recent collaboration -- and rumored reconciliation -- between the music stars, she notes “Every case is different. There's obviously room for growth and change in lots of people's lives. I don't know either one of them, so I can't really comment about their lives. But it was one of those experiences that actually created a great opportunity to talk to your kids about domestic violence issues.”