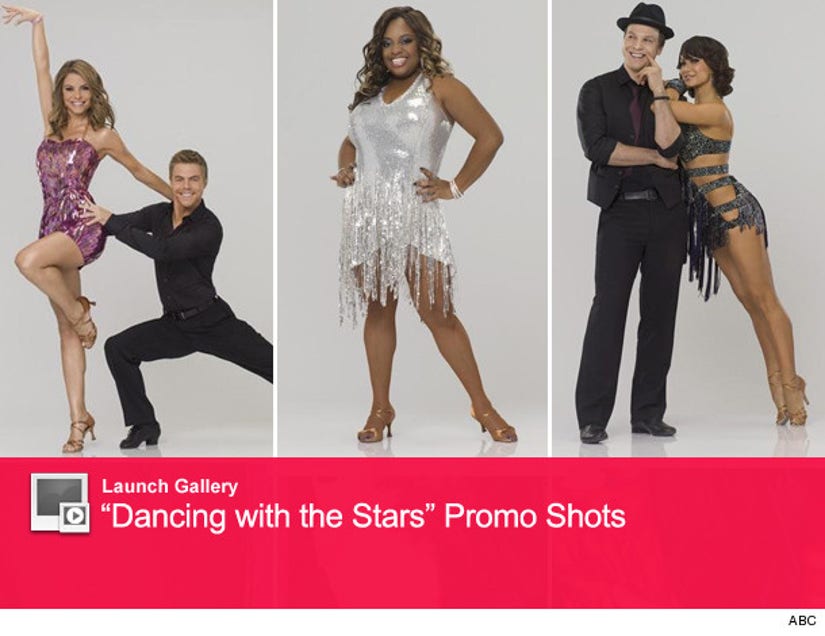 With less than two weeks until the big, two-hour premiere of "Dancing with the Stars" Season 14, we're getting out first look at the contestants in their crazy (and sometimes revealing) costumes!

While men like Jack Wagner, Gavin DeGraw, Jaleel White, Roshon Fegan and Donald Driver all look handsome in button-down shirts and black pants, it's the women who really shine.

Maria Menounos is seen flaunting her sexy legs in a sparkly pink mini, as Gladys Knight and Sherri Shepherd added a little glitter to their wardrobes as well.

Melissa Gilbert and Martina Navratilova got suited up as well for the new promo shots, wearing some darker, black dresses for the shoot.

So far we still haven't seen William Levy ... but something tells us he may not be wearing much of a costume when he hits the stage. Have you seen him shirtless?!

The 12 contestants and their partners will perform either the foxtrot or the cha cha for their first performances on March 19.

Do you think anyone has the edge?