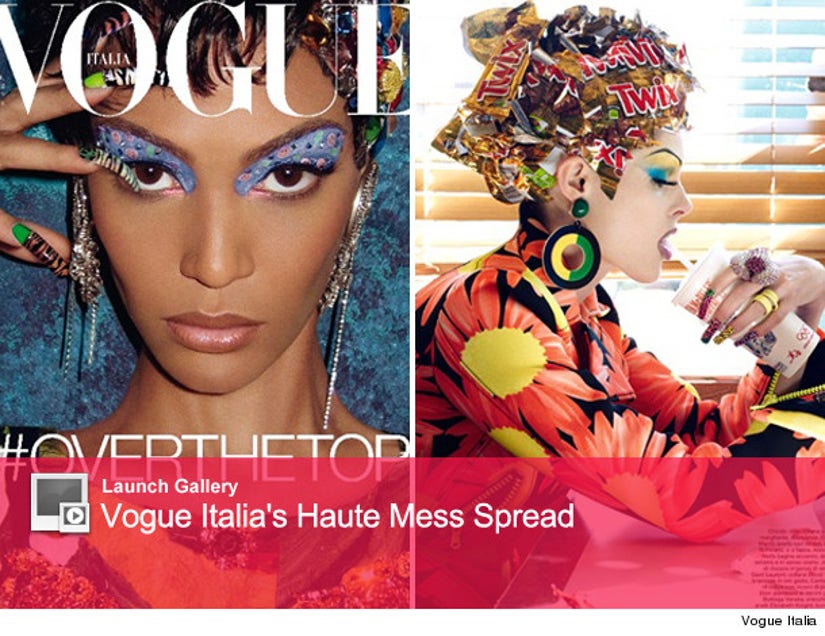 Vogue Italia has come under fire for its new "Haute Mess" photo shoot ... which is being blasted as racist and "in poor taste."

The controversial spread, which involves models done up in some over-the-top hair in makeup, is being criticized for playing up racial stereotypes.

A blogger at Vibe Magazine pointed out that "the hair styles of the models can be seen at almost every black hair show" but says he "will give Vogue Italia the benefit of the doubt that it was not their intention to be racist or offend anyone."

She adds, "But let's keep it real for a minute: How many white girls [or any other ethnic backgrounds for that matter] do you know that dress or look like this? Exactly. Racist may be a little harsh of a word to describe this editorial, but it was definitely done in poor taste and judgment."

Vogue hasn't issued an official comment on the spread, but in a separate post on the magazine's site one writer suggest the shoot "might take its inspiration" from drag queens.

What do you think? Is the shoot in poor taste?

Check out the full spread here.