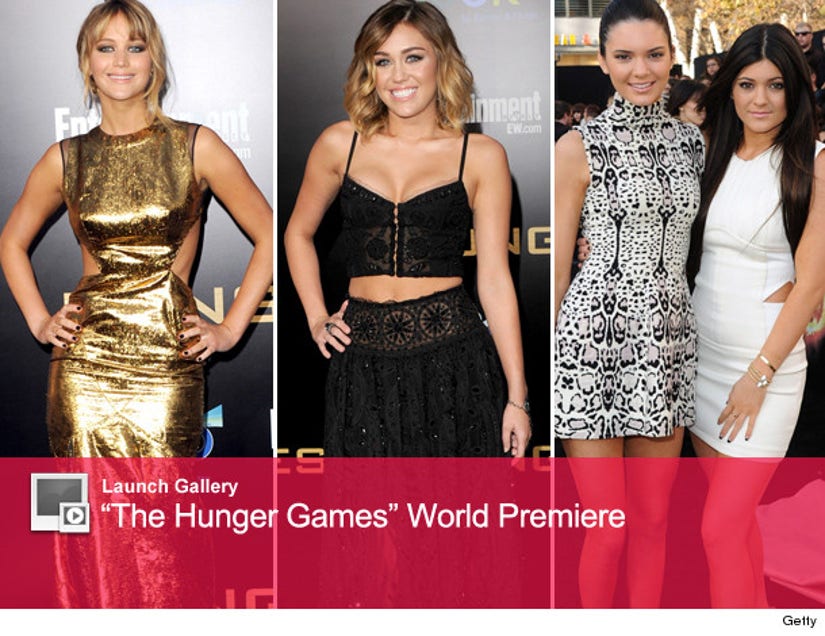 The red carpet for the premiere of "The Hunger Games" was jam-packed with stars last night in L.A. -- where Jennifer Lawrence, Miley Cyrus and the Jenner sisters all showed some serious skin.

The golden girl of the night was Lawrence, who looked amazing in a form-fitting Prabal Gurung gown with cutouts around the midsection. She paired the look with Jimmy Choo heels and Jacob & Co. black diamond earrings.

While Jennifer's co-star Liam Hemsworth looked dapper in his Dolce&Gabbana suit, all eyes were likely on his girlfriend Miley Cyrus -- who bare her belly (and some cleavage!) in a sexy black bustier and long lace skirt.

Miley also showed off her shorter 'do, which actually looks really cute on her.

Also stealing the spotlight from people who are actually in the movie were Kendall and Kylie Jenner, who once again showed off their legs in matching minis. Kylie's even had cutouts on the side of her white dress.