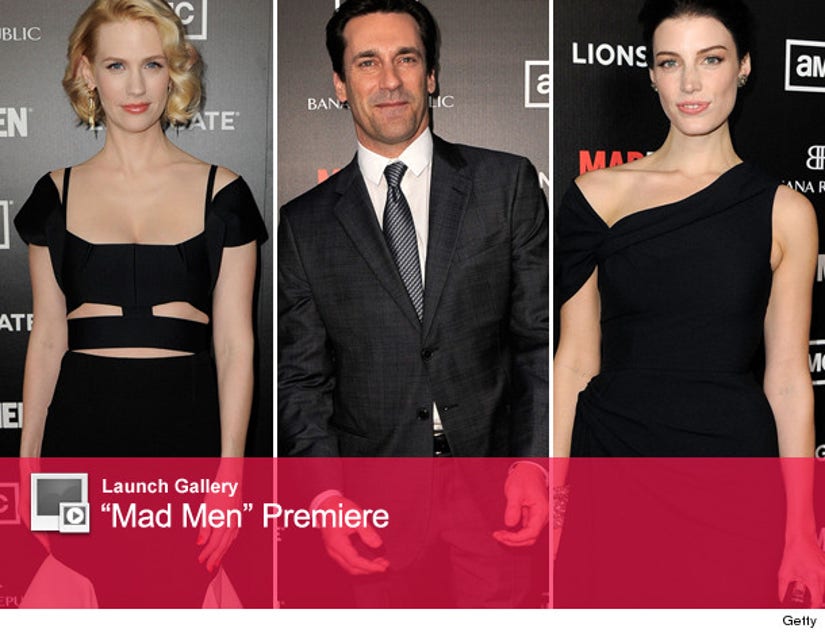 After a 17 month hiatus, "Mad Men" is finally back on March 25 -- and last night, the cast stepped out for the Season 5 premiere.

January Jones, who plays ice queen Betty Draper on the show, stepped out in a cut-out bandage top and dress from Roland Mouret. The actress looked stunning and slim, just 6 months after giving birth to son Xander.

A dapper Jon Hamm hit the carpet with his longtime girlfriend Jennifer Westfeldt, who looked gorgeous in green.

Jessica Pare -- who plays the other woman in Don Draper's life, new wife Megan -- also showed up in black.

Check out all the premiere pics above!

Missing from the event were Christina Hendricks and Elisabeth Moss.