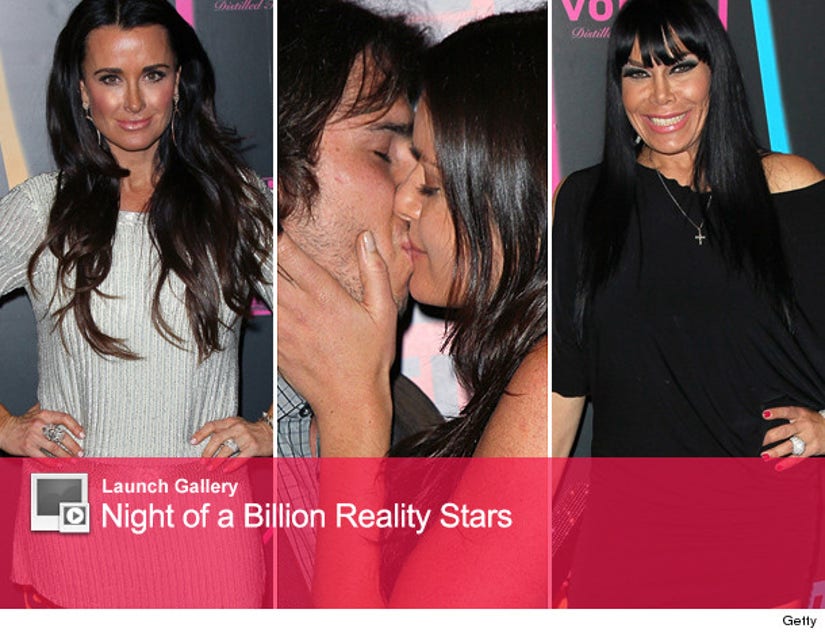 "The Bachelor" may be over, but Ben Flajnik and Courtney Robertson are still making everyone watch them make out!

The two locked lips on the red carpet last night at SVEDKA's 2nd Annual Night of a Billion Reality Stars at SupperClub in Los Angeles, where Courtney proudly showed off her impressive Neil Lane engagement ring while posing for cameras.

While at the event, Ben and Courtney reportedly enjoyed some "alone time" at the "Smush Room" cocktail area.

Teresa also locked lips with someone at the event -- a cardboard cutout of her husband, Joe!

Check out all the party pics in the gallery above.