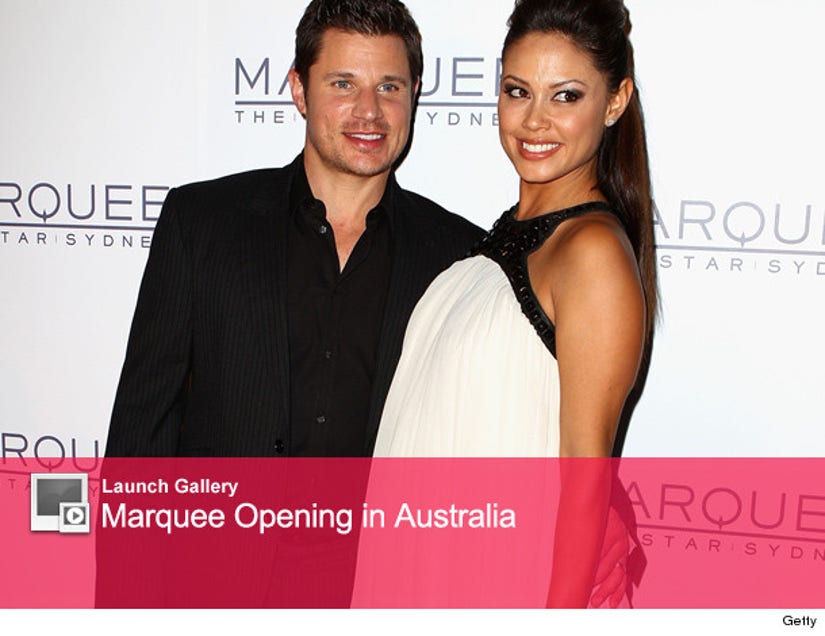 The expecting star and husband Nick Lachey popped up today in Australia for the opening of Marquee at The Star in Sydney, Australia -- where she covered up her growing belly in a short white, flowy dress.

Worth noting that Minka is rumored to be dating Wilmer ... who is Ashlee's ex-boyfriend! Small world.

After the party ended, Nick and Vanessa retreated to their room -- where she tweeted a makeup-free photo of herself!

Had sooo much fun at @TheStarSydney for the opening of @MarqueeSydney!!! Now it's time for booty in bed!... twitter.com/VanessaLachey/…

Check out all the Marquee arrivals above!