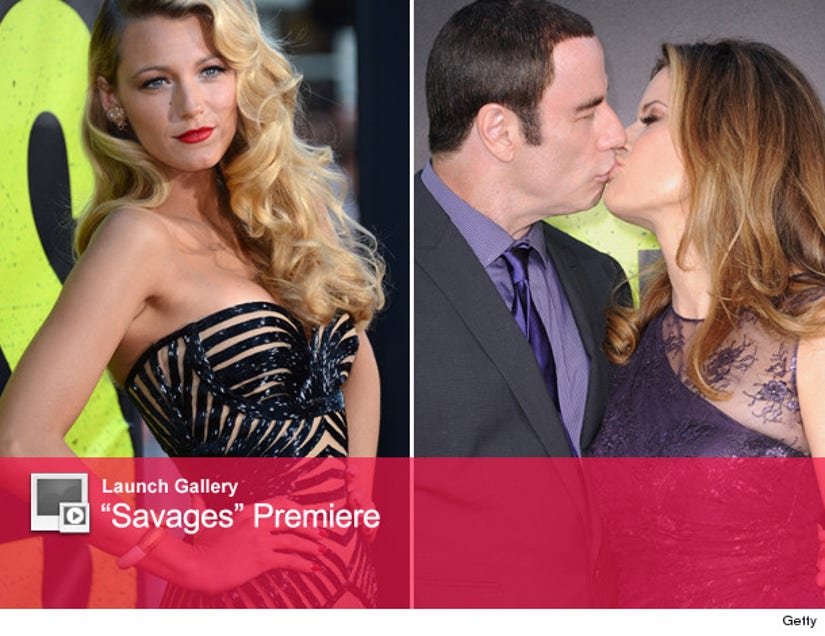 The red carpet for the "Savages" premiere last night was the hottest event in town -- thanks to Blake Lively's skin-tight dress and some heavy PDA from John Travolta and wife Kelly Preston.

Travolta's appearance at the premiere comes as a bit of a surprise, as it was held the same day a new lawsuit was filed against the actor for sexual assault by a male cruise ship steward. For the record, John's lawyer says it's a "ludicrous lawsuit with inane claims."

And John didn't look to worried about the lawsuit at the event either, stepping up his affection towards his wife by kissing and embracing her for photographers.

But it was Lively who really had all eyes on her.

The "Gossip Girl" star turned heads in a stunning black and nude corset gown that cinched her in at the waist. Her styling was impeccable as well -- bringing a little old school Hollywood glamour to the premiere.